Is it possible that gear that costs you more can end up costing you less? Let’s explore.

Lately, I’ve been writing a lot about the new Nikon Z 9. Partially, this is because I’ve just purchased one and have spent an inappropriate yet somehow totally appropriate amount of my time in the last few months obsessing over it. But mostly I’ve written about it because, to my pleasant surprise, I’ve found the camera to have solved so many workflow issues that I’ve had in the past. All these little problems, such as overheating, video codecs that were a pain to edit, my grumpy old man allergy to most electronic viewfinders were all small inconveniences compared to the benefits my other cameras were offering. But they were big enough problems for me that my camera bag was ending up looking like a United Nations of technology. Instead of one trusty camera to do it all, every trip to set would involve multiple camera bags with multiple cameras. Each camera would do one thing well. But each would also inevitably have at least one built-in flaw that made it impractical (or at least difficult) to use it for all of the specific tasks I needed to perform. So, I ended up having to have a collection of cameras to team up to become the perfect camera.

Now, I’m not suggesting that my Z 9 is a perfect camera. Although to be fair, I have yet to find any reason to suggest that it isn’t the perfect camera either. But the simple fact of the matter is that, since purchasing it, I have found little reason to shoot with anything else. I feel perfectly comfortable leaving for pretty much any job with the Z 9 and only the Z 9, knowing that there is nothing a client can throw at me that the camera won’t be able to handle. Sure, there are times when a true cinema camera is the best choice. And there are times when medium format is required. But, other than that, I can feel confident that if there’s something I’m struggling to do on set, it’s because of me and not because of a quirk with my camera of choice. But, other than making me marvel at this specific camera, it did raise a far more practical question in my mind. 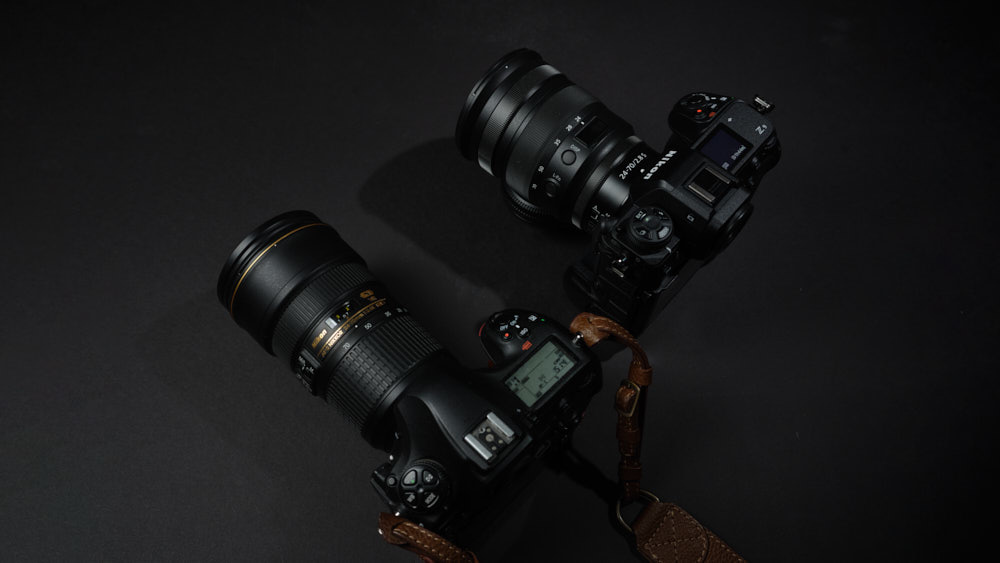 In all my years as a professional photographer, I had never owned a “flagship” camera. I’ve owned a very large assortment of “professional” gear as I am a photographer by profession. We won’t rehash a debate over what is “pro” and what is not here. Suffice to say, my cameras are all “pro” enough to help me make my living. But, I had never owned one of the larger built-in grip, rugged as a tank, workhorses that the companies themselves labeled as their top-of-the-line flagships like the Nikon D6 or the Canon EOS 1D X Mark III. Largely, this was a practical choice. I am an advertising photographer as opposed to a documentary photographer. For the type of stuff I shoot, resolution tends to trump shooting speed. The company flagships could always fire off the most frames per second while offering world-class build quality and weather-sealing that allowed you to fire off those frames in a torrential rainstorm or the middle of a battlefield. Traditionally this speed has come at the expense of megapixels. I, on the other hand, rarely need to rattle off more than five or six frames per second and will more than likely be doing so from the comfort of a studio, or, at the very least, on a controlled set was getting my gear wet isn’t a requirement. So, the camera just below the flagship, in my case something like the Nikon D850, has always been more than enough.

But, of course, there was another practical reason why I never owned a flagship. Simply put, they are always the most expensive camera in a brand’s line. You’d expect this, of course. That’s why they are referred to as “top of the line.” Being the best, also being the most expensive is kind of their thing. But since I didn’t need the extra speed and, despite what I might have dreamed about last night, I am not made of money, so I’ve always settled for the next camera in line.

Then came the Z 9. I promise you I won’t go off on another soliloquy about how much I love the camera. But I will say that no matter how much I’m enjoying it, my bank account has been enjoying it even more. “But how can that be,” you might say. There are less expensive models within Nikon’s line. There are other models in other brands’ lines that have similar options. Even I own multiple non-Nikon cameras. The Canon EOS R5, for instance, is a terrific workhorse of a camera that serves the majority of my needs with aplomb. Before purchasing the Z 9, I might have even said that the R5 was the best mirrorless camera available for what I needed to do. At $3,899, it’s also clearly cheaper than the Nikon Z 9’s $5496.95 price tag. Yet, despite seemingly math not being on my side, I’ve found that the R5 has cost me more money than the Z 9. How could that be? 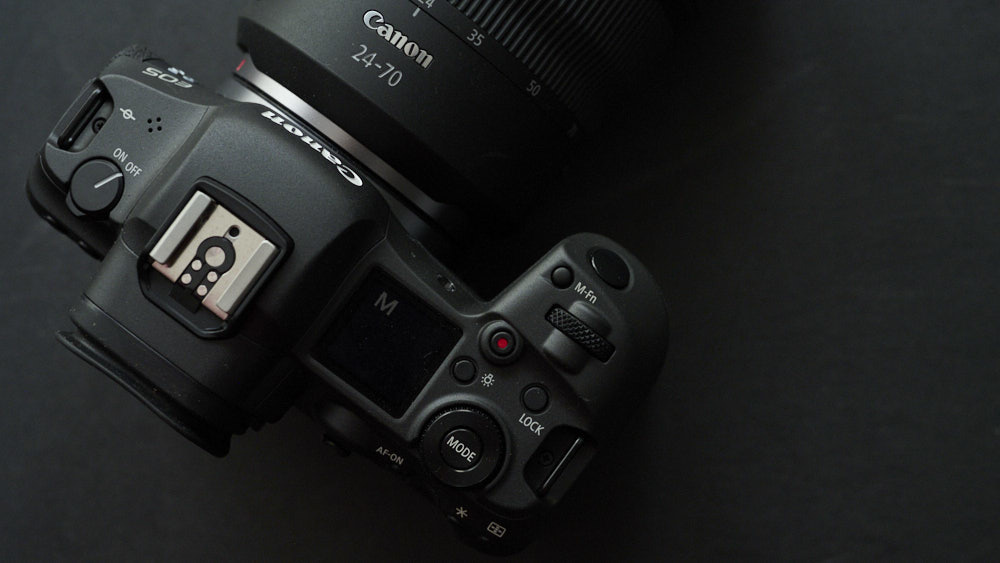 Well, it comes down to the total cost of ownership. The R5 is an amazing camera capable of doing 95% of my required tasks. But, as has been well documented, the camera overheats. It doesn’t do it all the time. That bit is overblown. But, it does happen. Because of this, it means that I can never feel 100% comfortable with using it as my A camera on longer video projects. Despite having all the right specs, my concern that it will overheat at just the wrong moment means that I have to take precautions. I could just buy two so that I would always have a cool one to swap in just in case the first overheats. But that means an upfront cost of $7,798. Another choice would be to record to an external monitor. The Atomos Ninja V+ can record ProRes Raw in 8K from the R5 and costs $999. There are some practical issues with this solution for my workflow because of things like my editing workflow passing through DaVinci Resolve Studio and it not supporting ProRes Raw as well as it meaning that to shoot long-form 8K I now absolutely have to attach an external monitor rather than being able to capture internally. But, despite these hiccups, the setup works. Then again, that also now brings the costs of the R5 to $4,898. If we throw in the required SSD drive for the Atomos, such as the Angelbird AtomX SSDmini 2 TB for $549.99, we are now at $5,447.99. Add in a small gaggle of extra batteries for the Atomos, which chews through batteries like a bucket of chum, or accessories for a V-mount solution and you have already eclipsed the costs of the Z 9 by a comfortable margin. Meanwhile, the Z 9 can record seemingly endlessly in 8K internally without needing an external monitor, without overheating, run for most of the day on a single battery, and does all this straight out of the box without needing to buy a single additional tool.

That’s not to pick on the R5. I love that camera quite a bit too and it is currently serving as the backup to my Z 9. On certain hybrid jobs where I need to run two separately rigged cameras simultaneously, I’ll use both. But from a sheer numbers standpoint, realizing all of the quantifiable financial benefits the Z 9 was offering me, just by nature of not having to spend money on extra accessories to get the most out of it, highlighted for me that sometimes spending less upfront doesn’t ‘t always mean you are saving money. 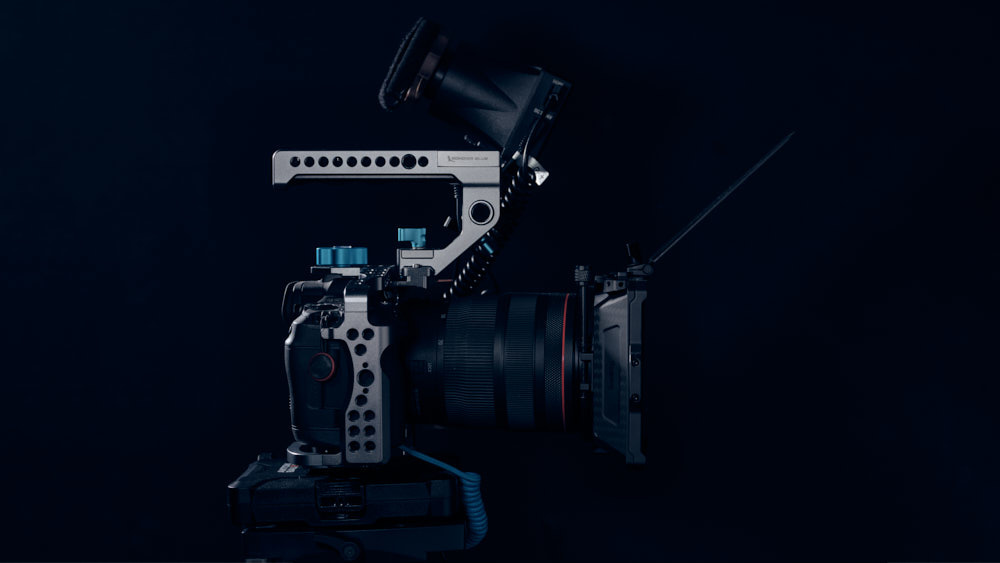 I used the R5 as an example just because I own both cameras and it’s an easy real-world comparison. But, the more I thought about it, the more I realized that this financial benefit extends out in several other ways. As I mentioned, before the Z 9, I had been bringing multiple cameras to set. I had my D850 for most still work because I still preferred the optical viewfinder (the Z 9’s dual-stream EVF has solved much of this problem for me). I had the R5 for hybrid work requiring video but knew I would need to kit it out to get the best out of it. I had cinema cameras and medium format cameras, which aren’t so much replaced by the Z 9. But, in the case of the cinema camera, the Z 9’s ability to shoot without the 30-minute record limit and do so for hours on A single battery, in ProRes HQ 4:2:2 nonetheless, means that it can take on more tasks in that department and allow the cinema cameras to stay home on occasion. But, even if you don’t focus on accessories, the fact that I had so many different cameras doing so many different things also allows for a bit of quick math. It’s not like any of those cameras were free. So, needing to buy multiple cameras to account for each of their deficiencies again quickly adds up to more than having just spent more upfront on the flagship, to begin with.

And, of course, while I’ve talked a lot about the Z 9 in this article, this logic doesn’t only pertain to cameras. I’ve written before about my affinity for Profoto lighting kits. These kits are by no means the least expensive option available. But, as I was loading gear into my van the other day for a shoot and reached out for a Profoto light that will soon be approaching its 17th birthday and still in perfect working condition, I realized that you often get what you pay for. 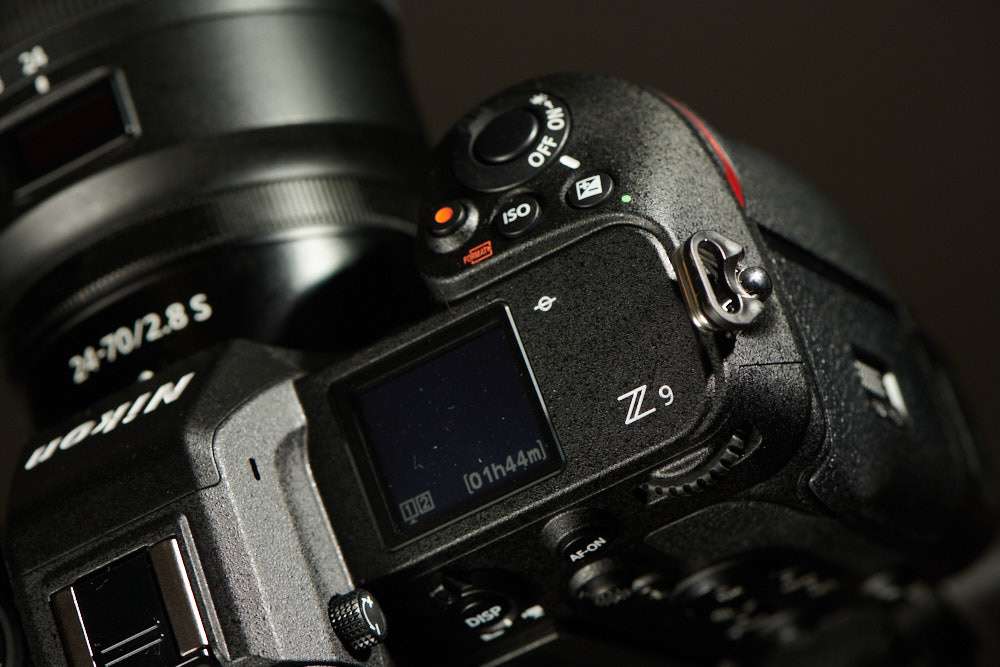 Currently, I’m in the process of needing to replace the MacBook Pro that I use for tethering on location. My current system was almost purchased on a whim and was the least expensive model on the shelf at the time. But the system has lasted me nine years and become a critical part of my workflow. Now, knowing how important the laptop may be to my workflow, I am considering spending more this time around on a far more powerful system. Getting the lowest cost option is appealing. But, given its predecessor’s longevity and my ever-evolving processing needs, I am of the mind that spending a little extra this time around could very well be worth it.

This is, of course, not to say that you always need to purchase the most expensive car on the lot. You have to work within your budget and within your needs. Like I said earlier, the price tag was only one reason why I never owned a “flagship” before the Z 9. It was also a practical choice because the less expensive model offered a feature, high resolution, that I needed more. My gear closet is also full of tools, like that old laptop, which was definitely on the discount rack when I purchased them but has gone on to far exceed their price tag in terms of actual value. So, I am by no means suggesting that you buy the most expensive item every time you pull out your credit card.

What I am suggesting, however, is that before making a purchase, big or small, you run the numbers on the total costs of ownership. You might soon find that the money you thought you were saving may be costing you more in the long run. And spending a little more upfront just might provide you with both a better tool and a better investment.