My first camera was a Minolta SRT-101. I loved that camera. It was an excellent tool for learning about photography and manual exposure. As it was completely manual in operation, the internal meter was my only guide for achieving correct exposure, outside of using an external source or just guessing. Fast forward 20-plus years and the way I use internal light meter has remained largely an unchanged. That all changed recently.

In 2021, I upgraded from a DSLR to a mirrorless system. As I continue to gain experience with the new camera, my methods and approach are rapidly changing. I am quickly learning that going from a DSLR to mirrorless was not simply an upgrade, as I first thought, but more accurately described as a brand new ecosystem to explore. There are many ways in which I am rethinking and adjusting the way I shoot, but in this article, I want to specifically discuss my use, or rather non-use, of the light meter. 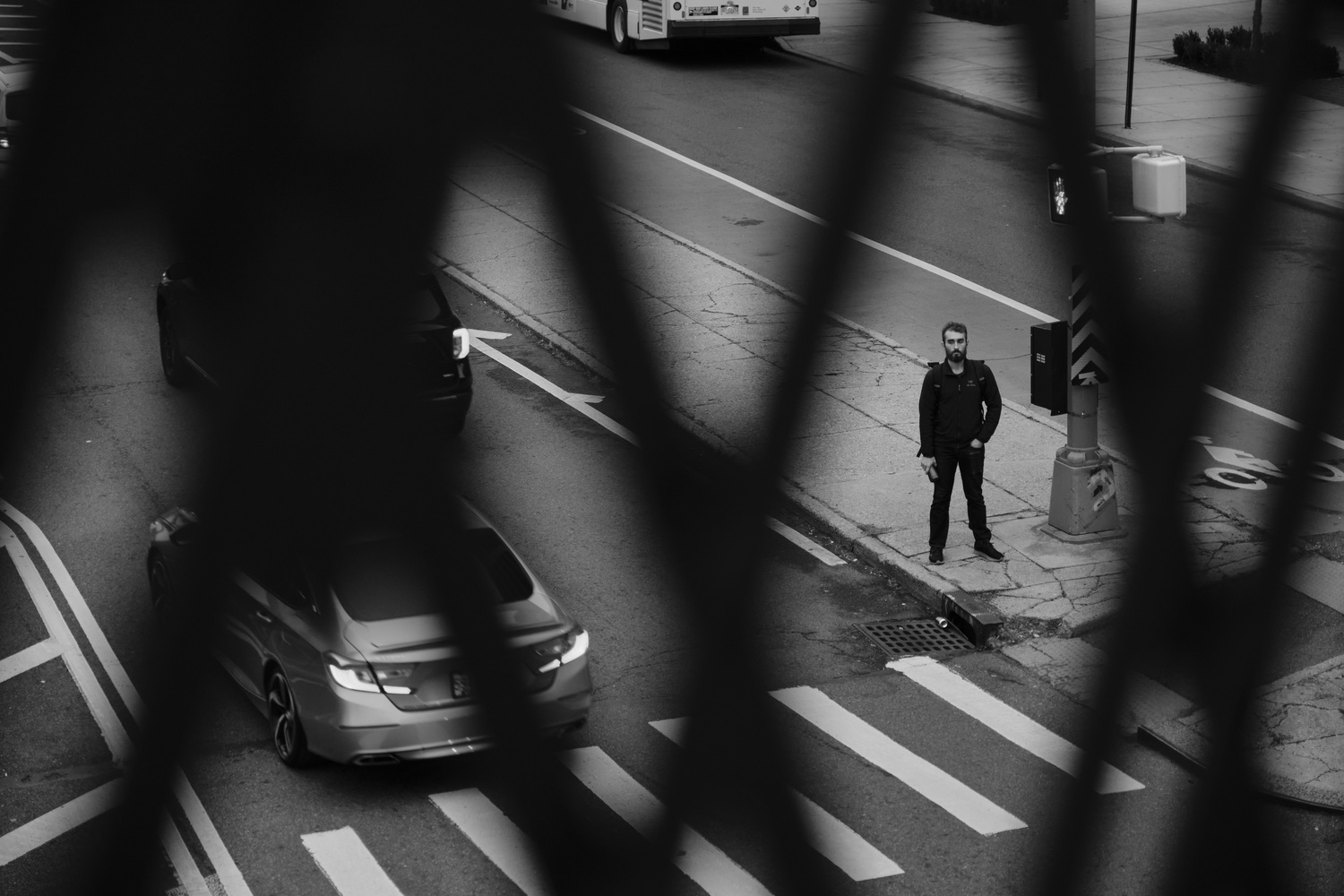 EVFs and a New Way to Do Things

One of my biggest hesitations when upgrading to mirrorless was the fact that I had to sacrifice my optical viewfinder. I felt very strongly that an EVF was going to be inferior to an optical viewfinder and not provide an accurate view of what my images would look like when using exposure simulation. I also believed that an EVF for studio work would be a compromise and worried that it might even be a distraction since I would be looking at what I considered a small, grainy, monitor. Keep in mind that I had only worked with older EVFs, so I had no idea what to expect with a modern mirrorless system.

Needless to say, the EVF in my new mirrorless camera is as close to flawless as one can expect. It is extremely accurate in regards to exposure, color, and contrast. This means that, while using exposure simulation, what you see is what you get. And that leads me to the point of this essay. 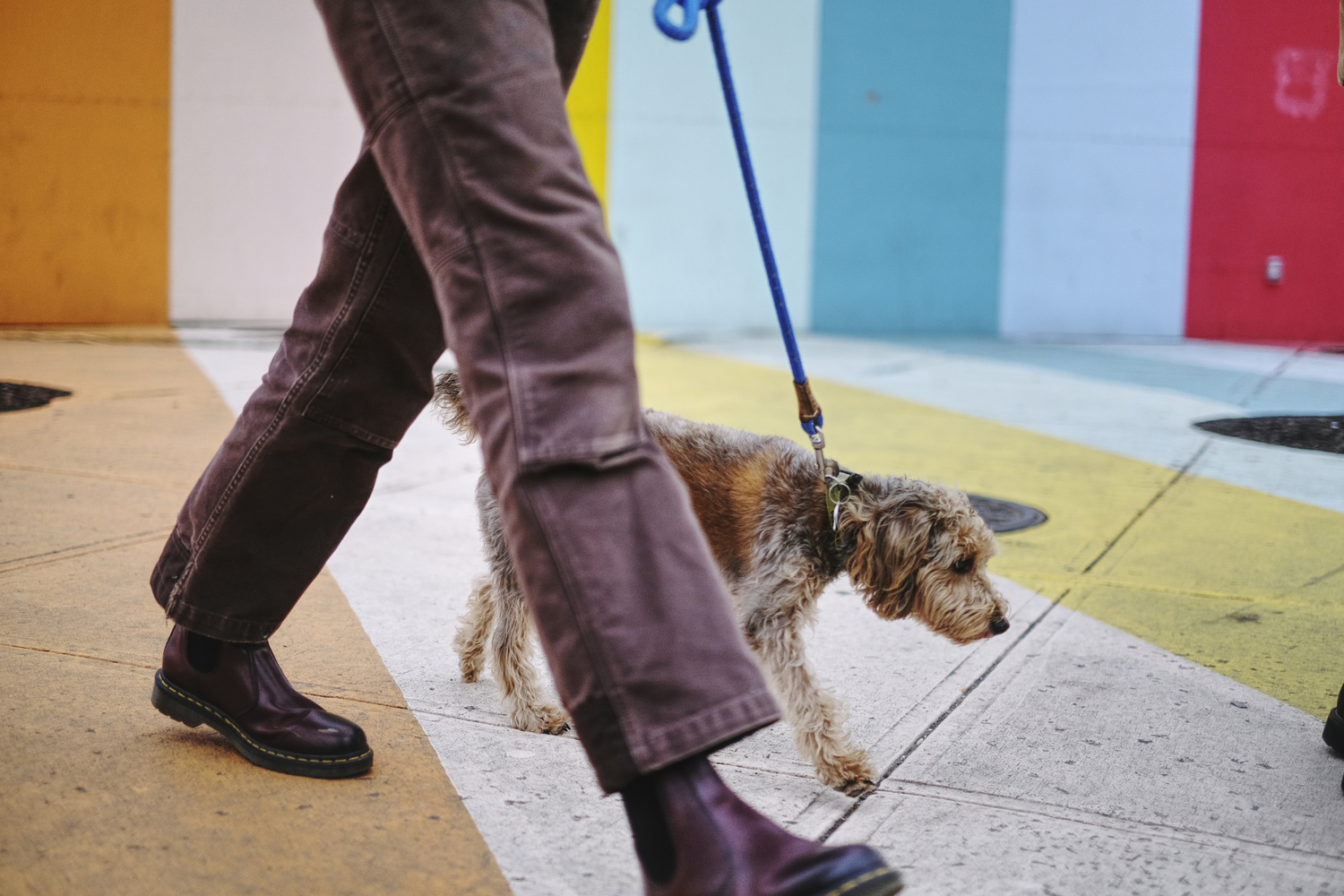 Eyeballing It With Some Help

There was no time when I purposely decided to ignore my light meter. It just happened on its own, and I realized it after the fact. This is because at some point I found myself eyeballing my exposures and using the screen itself as my guide to getting it right. Now, there will probably be some pushback on this, and I already know the potential drawbacks of this method, so let me qualify it a bit. Firstly, I always shoot in raw, which gives me the maximum latitude in exposure should I need to make adjustments later. Second, I shoot with the histogram enabled, which I have found to be a much better instrument to use for metering than the exposure meter scale. Instead of looking at a line that resembles a ruler, I now see a graph of where my lights and darks are sitting. This visual makes changing my settings faster and more intuitive if I need to make a change after eyeballing it with my screen. But, more often than not, I use the histogram as a backup to make sure my exposure is in an acceptable range, ie, not clipping either edge of the graph. Because the EVF is incredibly accurate and such a high resolution, this method has been working quite well for me. 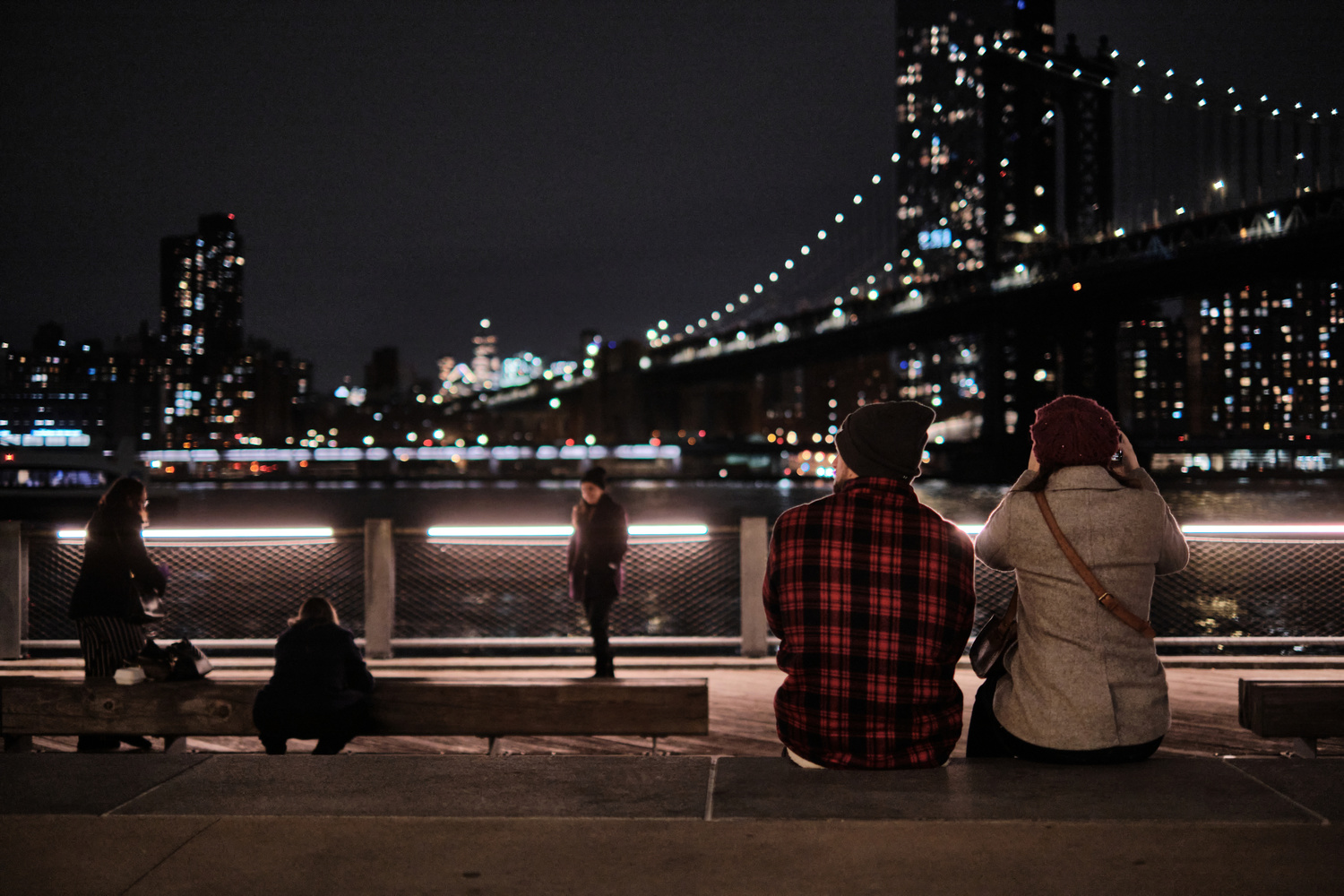 One of the largest benefits of using this method is that it allows me to be more creative with my lighting, while largely ignoring the “correct” exposure. For example, I can purposely choose to underexpose a landscape scene in daylight, giving a much more dramatic look to the image. Conversely, I can purposely overexpose a portrait, for example, to give it a dream-like quality. By using my eye and not being constrained to a measurement line, I can open up many creative doors. Not to mention the fact that light meters are often wrong when it comes to difficult lighting situations. In the past, as many of us have done, I would meter an evenly lit part of a scene and then recompose. In my new camera, the view is the same as the results after pushing the shutter button, so the act of composing images in the viewfinder has become an easier and more enjoyable experience. 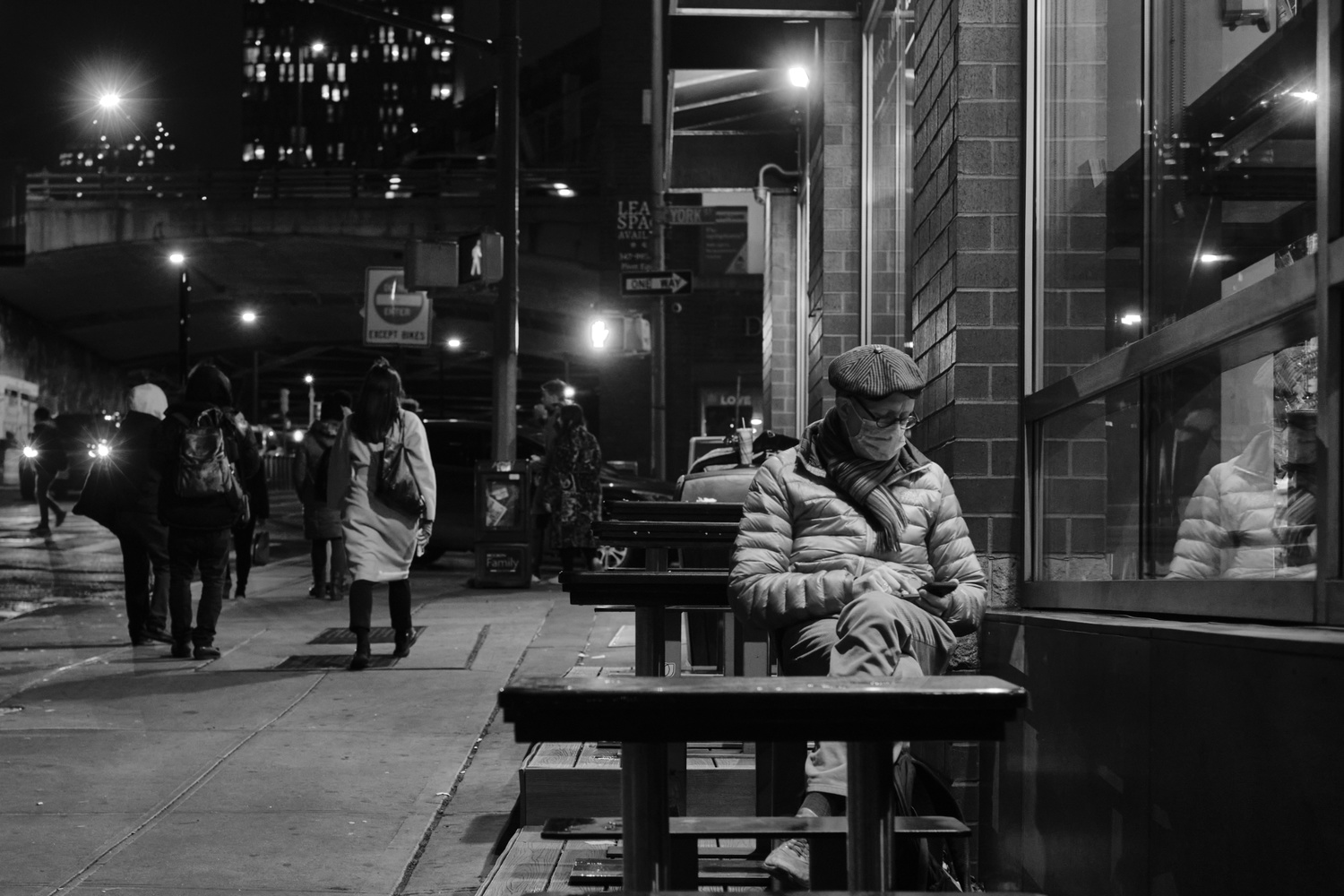 Yes, There Are Always Exceptions

As with anything, there are always exceptions and times when I avoid eyeballing it. For instance, this method does not work in a setting where strobes are being used. So, in my studio, I have exposure simulation shut off and use my mirrorless camera more similarly to how I shot with a DSLR. Additionally, there are instances where I prefer the meter over eyeballing, especially when the lighting situation is extremely bright or dark across the entire frame. In this case, the screen can become less than reliable, but I have not found this to be a common occurrence. 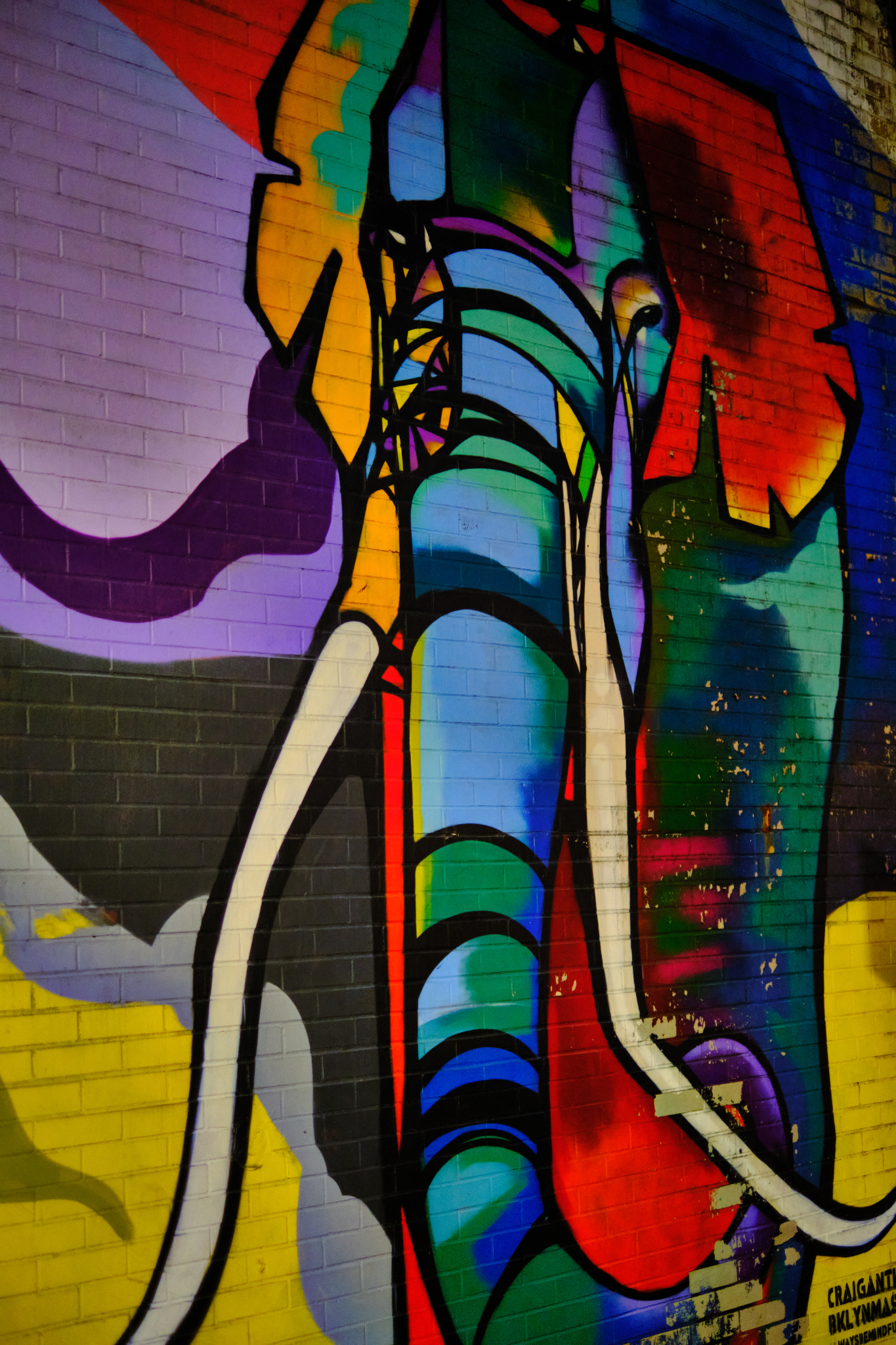 Unlearning What I Have Learned

I think it is natural to resist new technology, especially when one is set in their ways and happy with the tools they are used to. And this was exactly how I felt when moving to a mirrorless system. My initial instinct was to use the new tool exactly as I did the old one, but as I grew with the mirrorless ecosystem, I have started to take Yoda’s advice and unlearn what I had previously learned. Taking my old ways and forcing them onto a very different tool is not only unwise but shows a rigidity to change and adaptation. I also think that younger photographers who started on mirrorless have an advantage over those of us who grew up on DSLRs, since their shooting methods are based on exactly what the technology does and not what they would expect it to do based on experience with an older and perhaps soon-to-be-archaic system. I think that this topic deserves further exploration, but for now, I am embracing the new technology and enjoying that each day I discover new ways to create excellent images.