I picked up a Fujifilm X-T4 about five months ago to use primarily as a backup camera and for street photography, video, and family use. Although I shoot with a Canon system in my studio, I fell in love with Fuji’s cameras years ago when I acquired an X-Pro1 and a few X lenses. In this article, I offer a friendly critique and some suggestions for Fuji to improve an already great camera system.

This is not a comparison of the X-T4 to the EOS R5, but my critiques are based mostly on my experience using the R5. Now, I realize that some may think it unfair to compare these two cameras since they are both at very different price points. But, as both are high-end professional models, I think it’s fair to have similar expectations in performance.

I’m sure that this is not news to anyone, but they’re still a lot of room for improvement in Fuji’s AF system. With mirrorless options from companies like Canon, Sony, and Nikon, that feature near-flawless autofocus systems, Fuji still has a way to go. Whether in still or video mode, the autofocus tends to be a bit finicky, especially while using tracking. Once in a while, it just doesn’t want to focus and sort of freezes up for a second, or it hunts and pecks while trying to lock in on the subject. When using my R5, on the other hand, it never misses. The eye-tracking is almost perfect, and when I am using it for video, I don’t even worry about whether it’s going to lock on the subject or not. In general, however, the AF system in the X-T4 is very good, and the interface works well too. But, as Fuji rolls out new models, this is the key area where I think they need to show a big improvement.

The menu system in the X-T4 is good but has some annoying quirks. For example, if you scroll to a particular option in the menu and select it, the next time you access the menu, it will automatically go back to your last “My Menu” setting. I am not sure if there is a way to change this, but so far, I have not been able to do so. This is extremely frustrating because often, I will access an option in the menu (that’s not part of the custom “My Menu” settings), make a change, and then immediately want to go back into that same menu to tweak a setting I have made. Instead of hitting the menu button and starting where I left off, it goes back to the last used setting in “My Menu.” It’s one of those small things that creates a lot of extra effort and I think it would be much preferred for the menu to always open where you left off.

Another aspect of the menu system which has the potential to be great, but is only okay, is the way you use a physical dial and a menu together to fine-tune a setting. For instance, there is a dial on the top plate of the camera to adjust the drive mode from single to continuous low, continuous high, bracketing, and more. But, you must also access the rear menu screen to tweak options like the number of frames per second, bracketing parameters, etc. This would be a perfect system if the menu screen popped up automatically after changing the physical mode dial on top. Then it would be easy to fine-tune settings. As it is, you must change the knob, and then find the “Drive Settings” menu to make further adjustments, which turns out to be a time-consuming process.

To be fair, I hold this critique with the R5 as well as with the X-T4, but the R5 battery life has been better in my experience. Although the X-T4’s battery life is good, it’s not great. And the last thing I want is a large, bulky grip since this eliminates the portability of the camera. In the past, using DSLRs, I barely had to change batteries and often one battery could get me through an entire day. Mirrorless cameras are much more power-intensive, of course, but putting that aside, I think the battery life needs to be improved. The first night I had the camera, I took it out to do some street photography on a full charge. After a few hours, the battery indicator was in the red, which surprised me. Luckily, there were outlets in some of the subway cars, so I was able to squeak out a bit more power to get through the night.

One of the main reasons I purchased this camera is for the physical knobs and dials, especially the shutter speed dial, aperture ring, ISO dial, and excellent manual-focusing ability. The shutter speed, ISO, and exposure compensation dials are very well constructed and don’t slip out of their current settings easily, even when unlocked. But, a few of the dials can be greatly improved. The front and rear command dials are the most finicky. They have a spin as well as a press option, and often, as you spin the dial, it will accidentally press down, selecting something you don’t want. This could be fixed by simply firming up the dial. The same goes for the AF/MF switch on the front of the camera. I love this old-school method for adjusting the focusing mode, but sometimes, I have unintentionally moved the switch. Finally, the AF selector switch is one that I think should be redesigned. Unlike the multi-controller on my R5, this dial is too small and not prominent enough for a switch that is used often. The response is also a bit slow when adjusting AF points. A larger, more pronounced dial would make finding and changing autofocus settings and points much easier.

The primary way I use the X-T4 is through the viewfinder with exposure simulation turned on. At times, I use the screen for shooting, but more often than not, I prefer the EVF, whether shooting concerts, street photography, or family photos. The issue I’ve encountered is that the EVF and LCD screen do not match in contrast. I have adjusted the EVF settings to get it as close as possible to the LCD, but it’s still not perfect. This can be very jarring when reviewing an image that looked rich and contrasty at eye level, but quite a bit more flat when pulled up on the screen. I don’t have this issue with my R5 or even with my X-Pro1.

As with any new camera, I would expect the latest Fujifilm X camera to have an improved sensor and higher resolution. But to be honest, this is the least of my concerns as the image quality is already superb. I also doubt that Fuji wants to invest in full frame cameras since they have already built a great system around the APS-C and medium format sensors, and I don’t think this is a make-or-break matter for most of us shooting with an X-T4 at this time. Don’t get me wrong, it would be amazing to see a full-frame sensor in a Fujifilm X flagship camera, but I think their energy is best spent on those other areas. 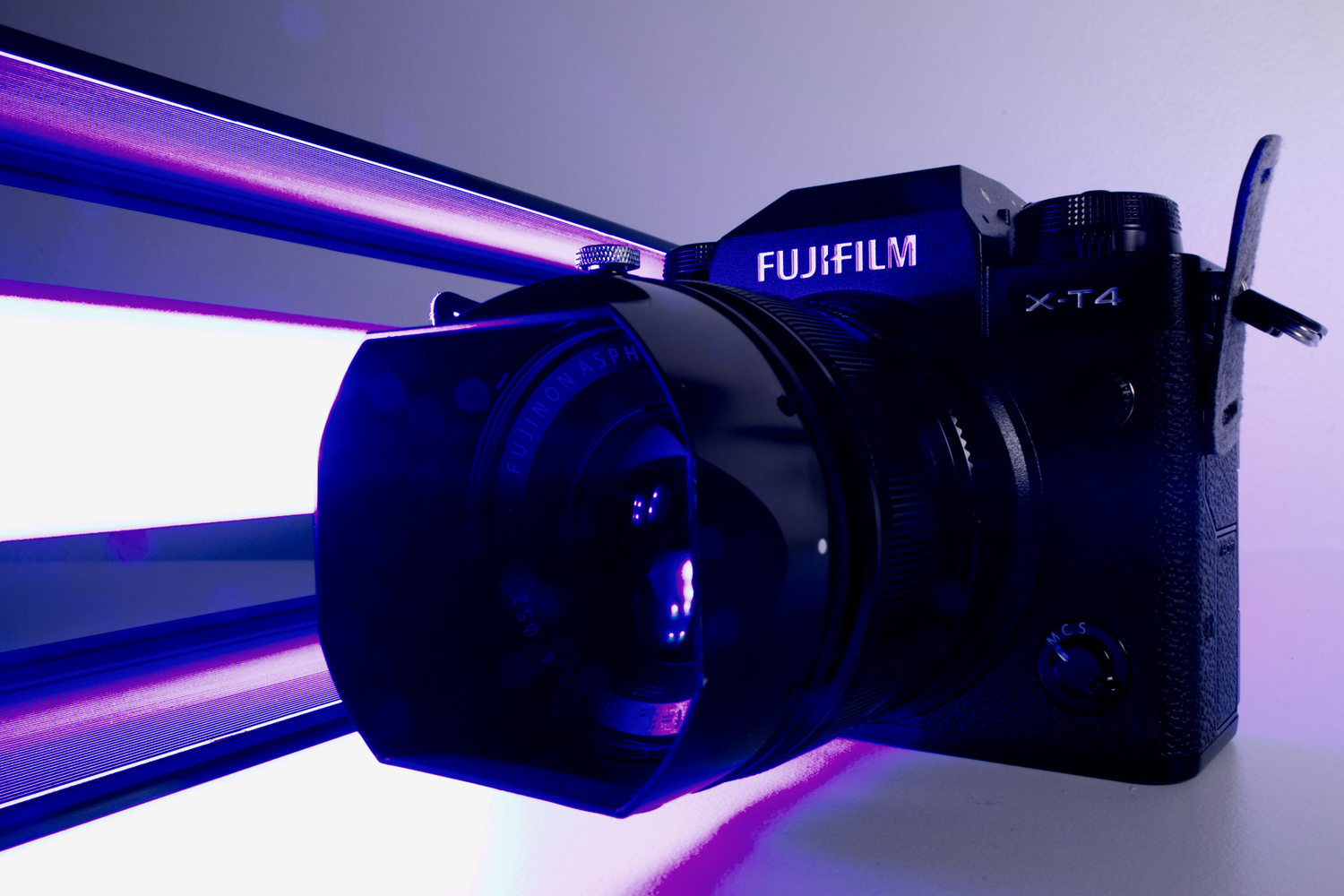 The good news is that everything I have critiqued in this article amounts to small changes. This means that in the X-T5 (or whatever it will be called), if these changes are employed, the camera can truly be exceptional and appeal to a wider audience. And, to be fair, the X-T4 is already an exceptional camera as it is. But, I think that it can be even better, and as a Fujifilm fanboy, I look forward to seeing what changes are to come in the new models.