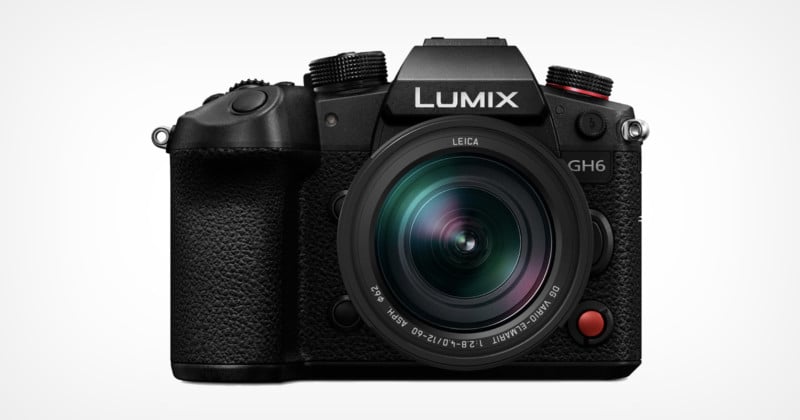 Panasonic has announced the Lumix GH6, the first Micro Four Thirds camera to feature a resolution over 20-megapixels. The company says its 25.2-megapixel sensor is primarily for photography but it of course is loaded with video features as well.

The new GH6 makes improvements nearly across the board with more resolution, more video recording options, greater dynamic range, and better in-body image stabilization. It sticks with the contrast-based autofocus, however, but the company says significant strides have again been made that result in a high-performance experience.

Panasonic has increased the effective pixel count of the GH6 by about 20% in the new 25.2-megapixel Live MOS sensor. The company says it boasts high-resolution, high-speed signal readout, and a wide dynamic range. Behind the sensor is a new Venus Engine processor that is nearly twice as powerful as its predecessor and Panasonic says it is equipped with advanced image processing technologies to render high-resolution images with natural noise texture and rich color reproduction.

Panasonic says the new Intelligent Detail Processing detects the edges and flat and detailed parts in a frame more, resulting in highly realistic images. The new 2D Noise Reduction suppresses chromatic noise and improves the texture of luminance noise to make a photo clear and natural even when shot at high sensitivity. With the High Precision 3D Noise Reduction for video, the detection capability of still and moving parts has been advanced, which makes it possible to optimize reduction while minimizing afterimage noises. As a result, the image quality of video with dynamic motion is enhanced. In addition, high-precision Dual 3D Color Control enhances color reproduction by brightness level, saturation level, and hue level for rich, faithful color expression.

The combination of the new sensor and processor means the GH6 has a new wider ISO extended sensitivity range of ISO 50 through 25,600 for photos and ISO 50 through 12,800 in video.

The camera also has a new and improved five-axis gyro sensor with a new algorithm that allows it to achieve 7.5 stops of on-sensor stability and Dual Image Stabilization that allows for the new 100-megapixel high-resolution shot mode to be used without a tripod. Panasonic says the 11,552 x 8,672-pixel images it creates faithfully reproduces precise details to be saved as RAW and JPEG images. 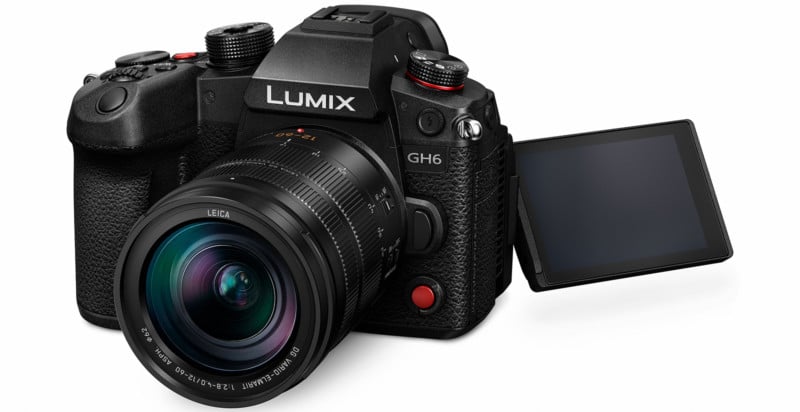 The GH6 uses a 3.0-inch free-angle touch-control monitor in 3:2 aspect with 1,840K-dot high resolution. The company says there is no physical interference even when both the HDMI cable and USB cable are connected by adjusting the tilt/rotation angle of the monitor. The camera also uses a 3,680K-dot OLED LVF (Live View Finder) with a magnification ratio of approximately 1.52x / 0.76x (35mm camera equivalent).

Those hoping for a phase-detection autofocus system on the GH6 will no doubt be disappointed to learn the new camera uses the same contrast-based system with the company’s Depth from Defocus (DFD) technology.

Panasonic says it understands phase-based systems are more popular but explains that the development on the GH6 was started just prior to the launch of the GH5. It has been working primarily on increasing dynamic range capabilities at that time and not on phase detection. Panasonic was then faced with a choice: it could scrap the design it had spent a large amount of time working on or it could keep going on the current design that would focus on dynamic range instead. Obviously, the company chose the latter route.

Panasonic says this doesn’t mean it won’t go phase-based or even time-of-flight in the future, but right now with this camera and its development cycle, this was what it could do. To assuage those who aren’t convinced, Panasonic says it tripled the power dedicated to the autofocus processor and belive it will be faster, better, and more reliable by a notable amount. With higher speed signal by the Venus Engine and an improved autofocus algorithm, subject detection performance has been improved to achieve higher precision focus. The company has also improved the intelligence behind the DFD system which makes it better at recognizing and tracking subjects.

The new sensor has no optical low pass filter and a high enough readout speed that reduces rolling shutter while also providing greater dynamic range in video. Because of the powerful new Venus Engine, the camera can handle high-speed processing of the new sensor’s higher pixel counts, higher-resolution, and higher-bit-rate video.

The GH6 contains V-Log and V-Gamut, a first for a LUMIX G Micro Four Thirds camera, and provides 12+ stops and even 13+ stops of wide dynamic range using Dynamic Range Boost mode. V-Gamut is a wider color gamut that Panasonic says is the GH6’s optimum color space and provides a color space that is wider than the BT.2020. V-Log has log curve characteristics that are somewhat reminiscent of negative film and V-Gamut delivers a color space even larger than film.

As always, in addition to V-Log and V-Gamut, the GH6 has several other Photo Style settings including different “Cinelike” gamma profiles.

The aforementioned five-axis stabilization also works for video recording and can apply appropriate compensation according to the type of movement by precisely judging the cause: panning, or hand-shake. The in-body stability can compensate for this kind of movement even when a lens without optical stability is used.

4K at 60p timelapse videos can also be produced inside the camera. With the Exposure Leveling function, the exposure is automatically adjusted to prevent large changes in brightness between frames to make the finished video appear smoother. 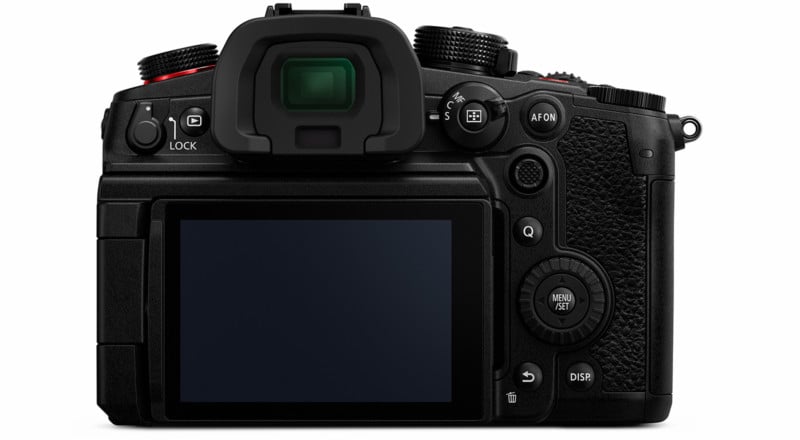 The camera can also capture 4:2:2 10-bit C4K at 60p internally with simultaneous output in 4:2:2 10-bit C4K at 60p over HDMI. The GH6 is HDMI 2.1 compliant, which Panasonic says means it will support C4K at 120p HDMI video output with a future firmware update. Moreover, the capability of C4K 120p RAW output to the Atomos Ninja V+ monitor recorder over HDMI 2.0, is under development, which will also be available with a future firmware update.

In addition to 4:2:0 10-bit 5.7K at 60p, the GH6 can also record 4:2:0 10-bit 5.8K 30p (4.4K 60p) anamorphic 4:3 video by utilizing the full area of ​​the sensor , which can be displayed de-squeezed on the camera’s monitor in real-time. 5.7K 30p internal video recording is available in ProRes 422 HQ and ProRes 422 for the first time in the Lumix series using the CFexpress Type B card, which enables non-linear editing without transcoding. Panasonic says DCI4K, FHD ProRes 422 HQ, and ProRes 422 will be supported with a future firmware update.

The GH6 adds a host of other highly-requested video-centric assist functions such as Waveform Monitor, Zebra Pattern, Luminance Spot Meter, Frame Marker, the aforementioned Anamorphic Desqueeze Display, Red REC Frame Indicator, and Tally lamps on both the back and front of the camera.

Panasonic addressed possible overheating issues that would be introduced with higher resolutions and frame rates by building in a system to the GH6 that has been seen in its full-frame cameras like the S1H. It can reach unlimited video recording times in C4K at 60p in 4:2:2 10-bit by optimizing the heat-dissipating path with a fan. This also allows video recording of VFR/HFR, ProRes, and high-resolution footage exceeding 4K for an extended time.

This fan system is relatively robust, as it can repel splashes, dust, and is usable down to -10 degree Celcius temperatures. The shutter unit also is durable for approximately 200,000 actuations.

As noted earlier, the GH6 is compatible with CFexpress Type B cards, and that is one of its two memory card slots; the other is a UHS-II SD port. The CFexpress card (Type B) supports internal recording of high bitrate video at 800Mbps or more including 5.7K at 30p ProRes 422 HQ and C4K at 60p ALL-I. The SD Memory Card UHS-II V90 supports internal recording of video at 600Mbps or less. It is also possible to choose the recording method from Relay Recording, Backup Recording, Allocation Recording using both the SD Memory Card and CFexpress Card.

The GH6 uses a full-size HDMI port, a new 2,200mAh battery that can be charged with AC power or USB-C in the camera, WiFi 5, Bluetooth 5, and tethered shooting via a PC connection.