Fifty years since the radical Olympus OM-1 SLR first appeared, the new OM System OM-1 is announced. It looks like another giant leap forward for photography.

The growing number of converts to Micro Four Thirds have long awaited a new flagship OM Systems model, and it has finally arrived. The new OM-1 looks as revolutionary as its film namesake was when it was released half a century ago. Built with the needs of the system’s users in mind, and not kowtowing to pressures of their competitors’ marketing departments, this camera appears an uncompromising leap forward from its predecessors.

This model will be the last camera bearing the Olympus name. It was kept because of OM Digital Solutions wanting to celebrate the legacy of this camera. Going back to the original film OM film SLRs, and then through to the Olympus E series, and OM-D models, they have always been innovative, packing cameras with new and unique features. Will this model be the same? The short answer from me is a definite yes.

Its recent predecessors were known for their sturdy, dust and splash-proof design, plus their lightweight. The OM-1 is no exception, its magnesium alloy body has been taken a step further, weather-sealed to the IP-53 standard to match the recently released and much-heralded Olympus M.Zuiko Digital ED 150-400mm f/4.5 TC1 .25X IS PRO Lens.

The camera is also freeze-proof to -10°C, making it particularly attractive to landscape, wildlife, sports, and adventure photographers. Despite this, the camera weighs just 599 grams, including the battery and memory card. With the smaller, lighter lenses, I can see this is going to be the camera of choice for many outdoor photographers and those who carry their kit around with them

Will the Exceptional Performance, Features, and Functionality of the OM-1 Outshine its Rivals?

The OM1 is no slouch when it comes to all-round performance. The new TruePic X (pronounced X not ten) image processor has up to 3x faster processing power than its predecessors. It allows high-speed sequential shooting up to 50 fps with continuous autofocus, and 120 fps with single autofocus. To cope with this exceptional shooting speed, both card slots are now UHS-II SD compatible.

That extra fast processor will also speed the computational photography unique to this system. Current users of the OM-D cameras enjoy such features as the Live Composite mode that adds just new light to a single frame (great for light painting, light trails, and lightning), Live Time that allows you to watch a long exposure gradually develop on the rear screen or viewfinder, the digital Live ND filter that now has been increased to six stops; ND 64, plus a high-resolution mode. These will all perform faster, not to mention Pro-Capture, which I will come to later.

The electronic viewfinder is hugely improved on the previous models too, with approximately 5.76 million dot resolution, a viewfinder magnification of up to 1.65x, a negligible display delay of 0.005 seconds, and 120 fps high-speed display performance. Additionally, the viewfinder is blackout free 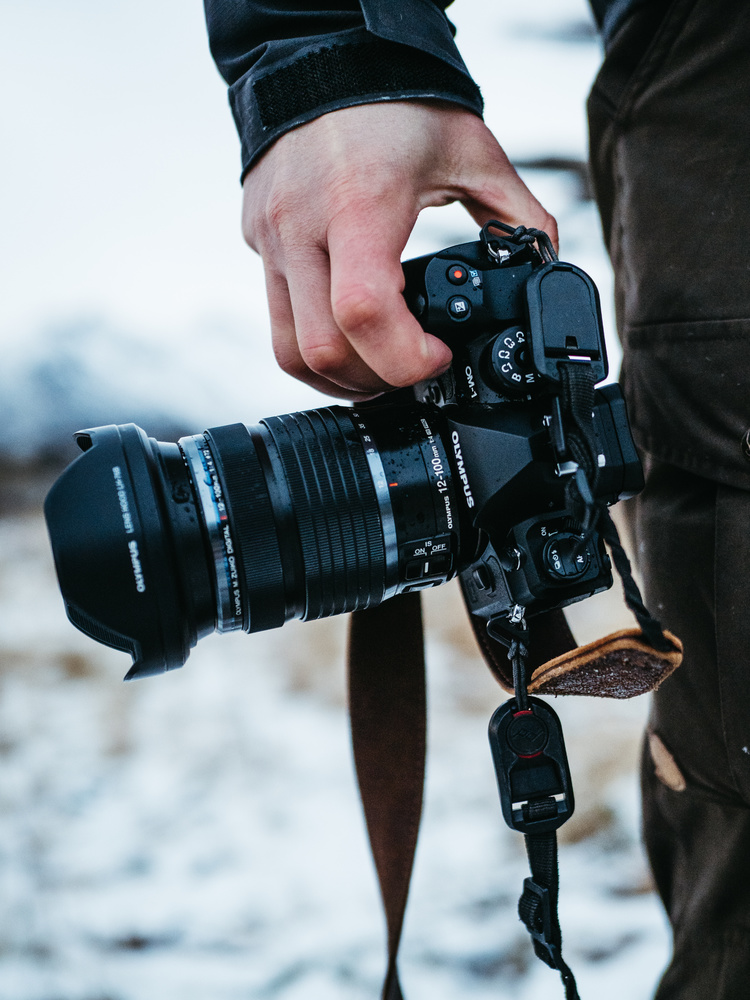 More big news is the sensor. It is a 20-megapixel stacked BSI Live MOS Sensor that increases maximum normal sensitivity to 25,600, expanded to 102,400, and the camera includes new noise reduction software. This backside-illuminated Quad Pixel Bayer pattern stacked CMOS sensor also gives a far wider dynamic range than its predecessors. That greater performance is far more important to most photographers than a higher pixel count, which for most of us just means bigger image files.

The Olympus cameras have always been renowned for their image stabilization. The upgraded “5-axis sync IS” gives seven stops of stability in the body, eight when coupled with a compatible lens. The camera includes a new “Handheld Assist” feature that helps capture slow shutter speeds without a tripod. 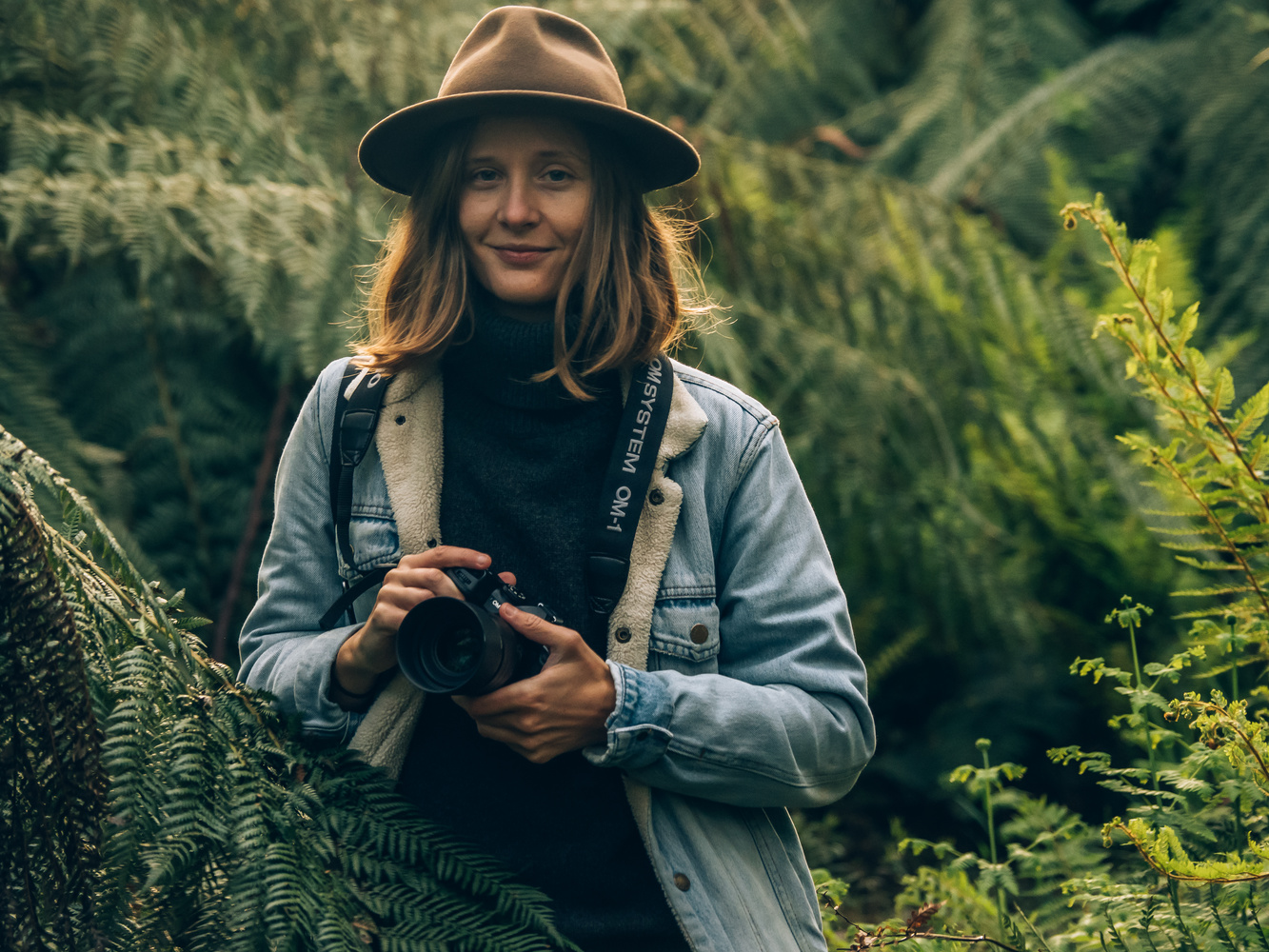 OM Digital Solutions say the autofocus has been redesigned and improved too. A quad-division photodiode configuration allows for On-chip Phase detection in both vertical and horizontal directions. There are now 1,053 AF points, all cross-type.

The high-speed calculation capabilities of the new TruePic X processor and the new AF algorithm enable high-speed, high precision focusing on the subject no matter where it is in the frame.

The model is, of course, equipped with the system’s unique AI detection, and the subject recognition has been improved and new subjects added, with cats and dogs now recognized, along with birds, formula cars, helicopters and airplanes, motorcycles, and trains.

The fifty frames per second blackout-free AF/AE tracking is at approximately 20.37 Megapixel, with up to 120 fps AF/AE locked ultra-high-speed sequential shooting. When using Pro Capture, which is designed for capturing shots before the shutter button is fully depressed, it allows sequential shooting up to 50 fps (AF/AE tracking), and up to 120 fps (AF/AE locked). These speeds outperform such cameras as the Nikon Z9, the Canon R5, and the Sony a7 IV.

The new OM-1, of course, has the Supersonic Wave Filter dust reduction system that vibrates 30,000 times a second, cleaning the sensor of dirt.

The shutter is tested to over 400,000 actuations, well above most other cameras in the price bracket. The night view mode makes it easier to view subjects in the dark, and Starry Sky AF makes it easy to focus on the night sky. The camera also has separate AF-On and AEL buttons for back button focus. 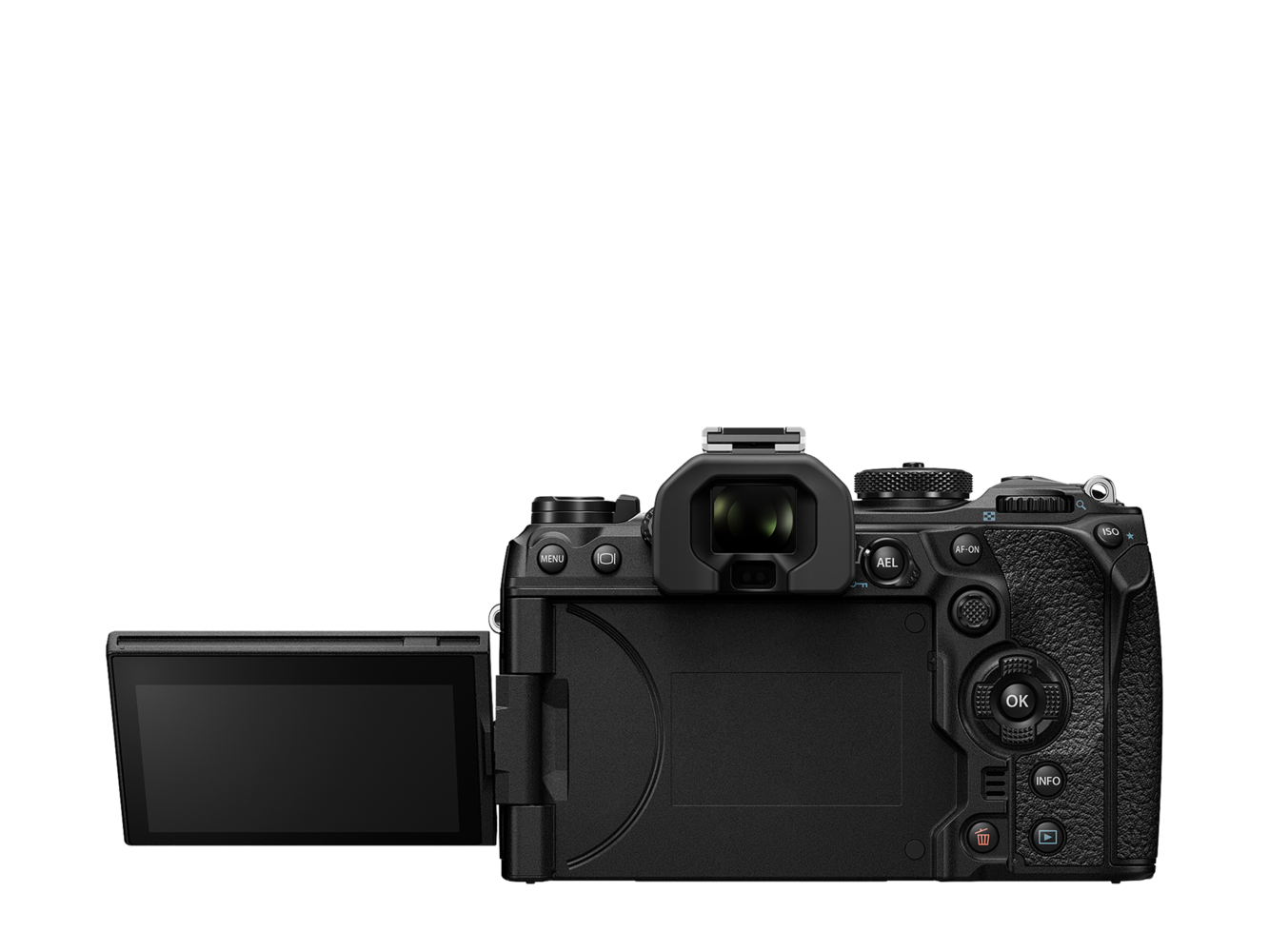 Except for the image stabilization, which has been improved even further with this camera to what they describe as “industry-leading”, video was an area where the previous models were a little behind the competition. But this camera has been brought up to date with enhanced video functions: 4K 60p should give smooth, high-definition videos, and high-speed movies. Full HD videos deliver a maximum 240p.

In addition to RAW data output up to 12 bit 4:4:4 to external devices for advanced post-production tasks, the OM SYSTEM OM-1 supports OM-Log for a greater level of freedom over imaging expressions thanks to color grading, which allows users to capture highlights and shadows without overexposing or underexposing shots. The new HLG (Hybrid Log Gamma) video picture mode has been added for easier HDR video recording.

There’s a New Menu on the OM-1 too

The menu system on Olympus cameras has met with criticism in the past, partly because it was necessarily complex; the massive number of customizable functions were the reason. Accordingly, the menu screen configuration has been completely redesigned. Menu items have been split, merged, and reclassified, with simplified descriptions, making it easier to find the desired functions, and changing settings should be easier for first-time users. This makes sense as there are ever-increasing numbers of photographers migrating away from heavier, more cumbersome systems. Hints on the screen will not only tell you what a particular menu does, but why one is grayed out.

Both lenses offer the same IP53 weather resistance as the new ON-1 body and are also operable to -10°C. In addition to water, oil, and dust repellence, the new fluorine coating on the lens front elements reduces friction, making them easier to clean with a blower 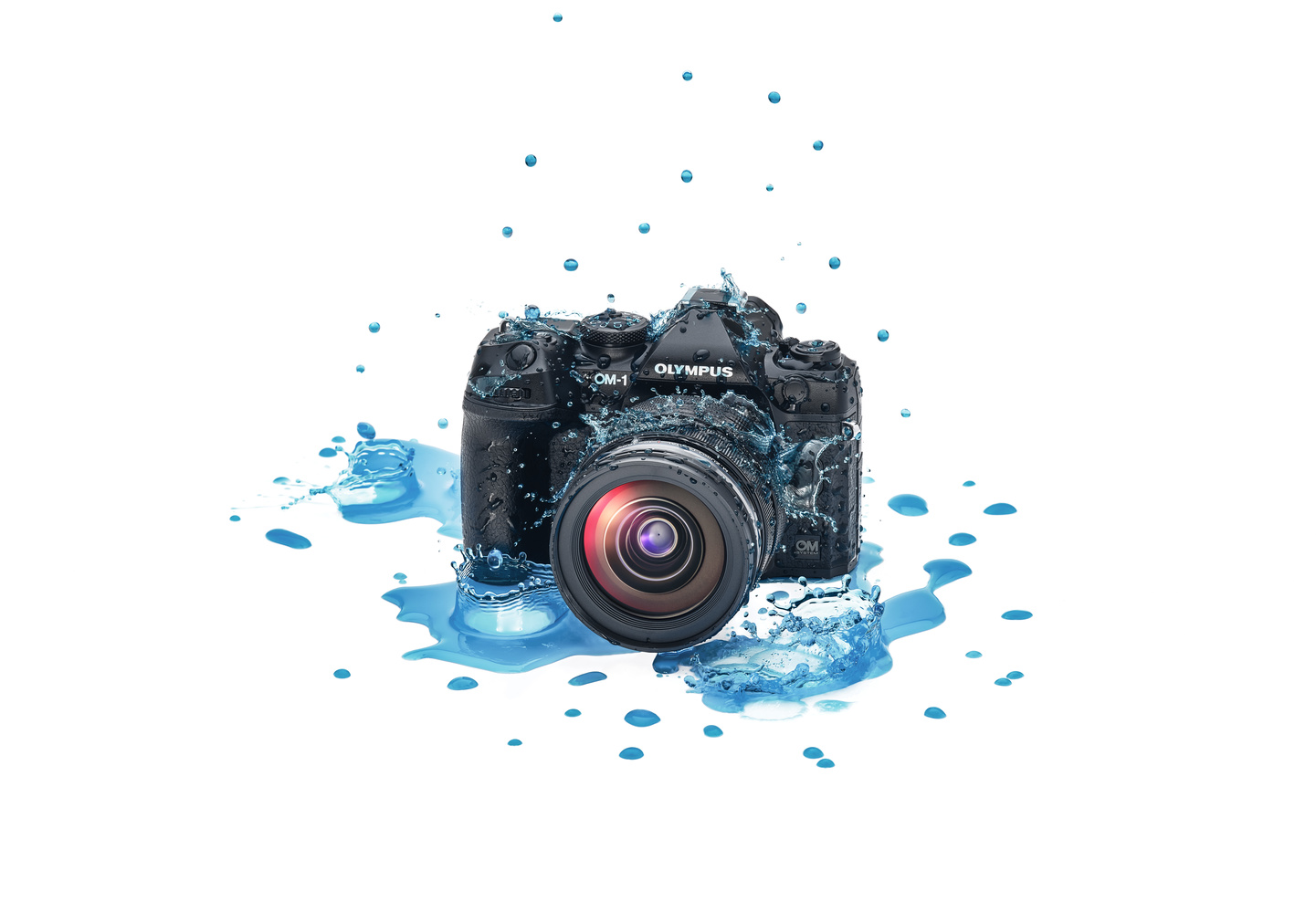 The shorter zoom lens offers improved optical performance on the Mark I version, which is a favorite of many Olympus shooters. It has a fixed maximum aperture of f/2.8. 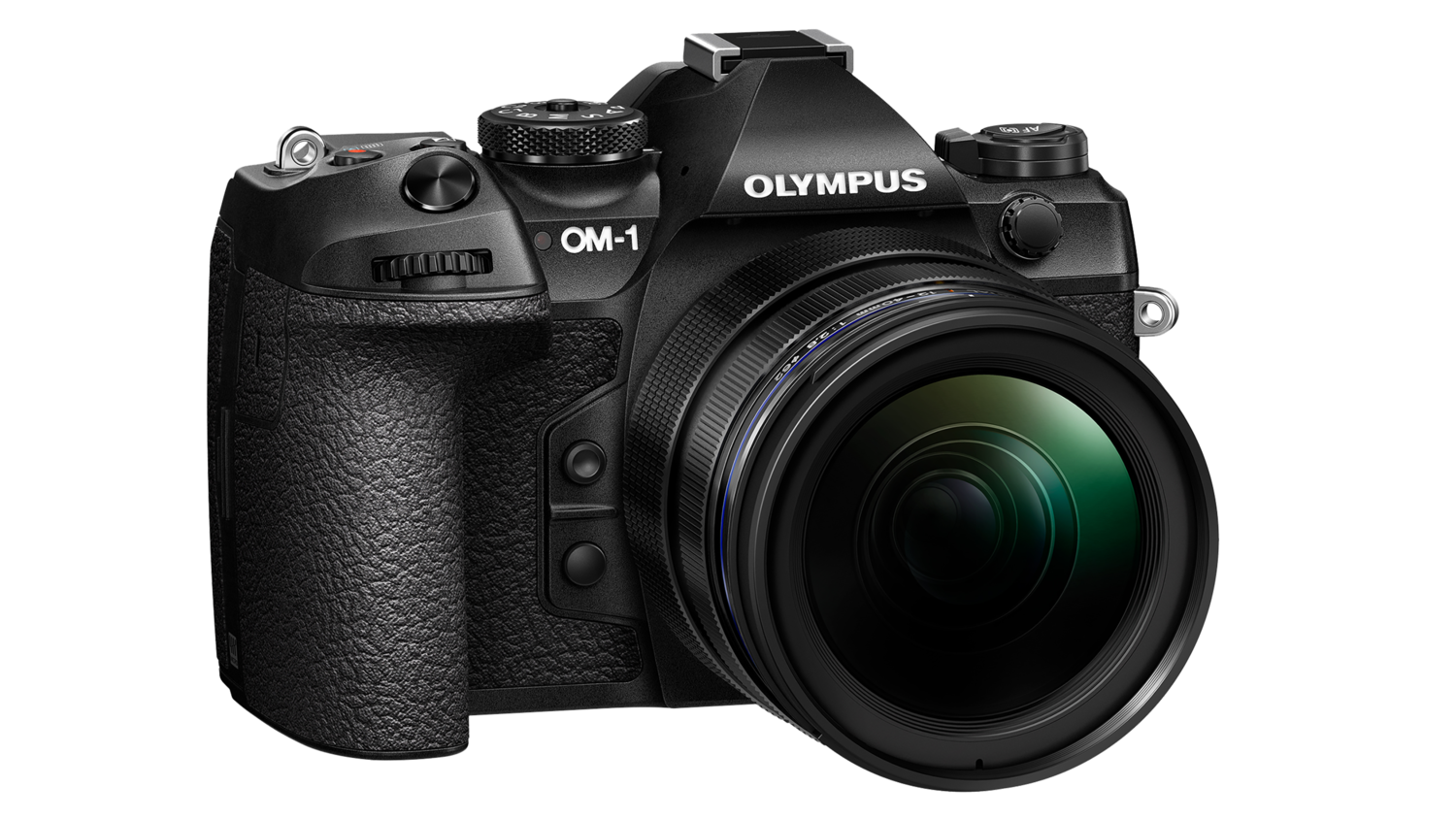 Designed to give the best quality when using the High Res Mode on the OM-1, it is said to effectively compensate for aberrations that occur when zooming, results in high resolution from the center to the edges of the frame across the entire zoom range. It has a close-up shooting performance with a maximum image magnification of 0.6 x 1, and it supports the OM-1’s in-camera focus stacking. 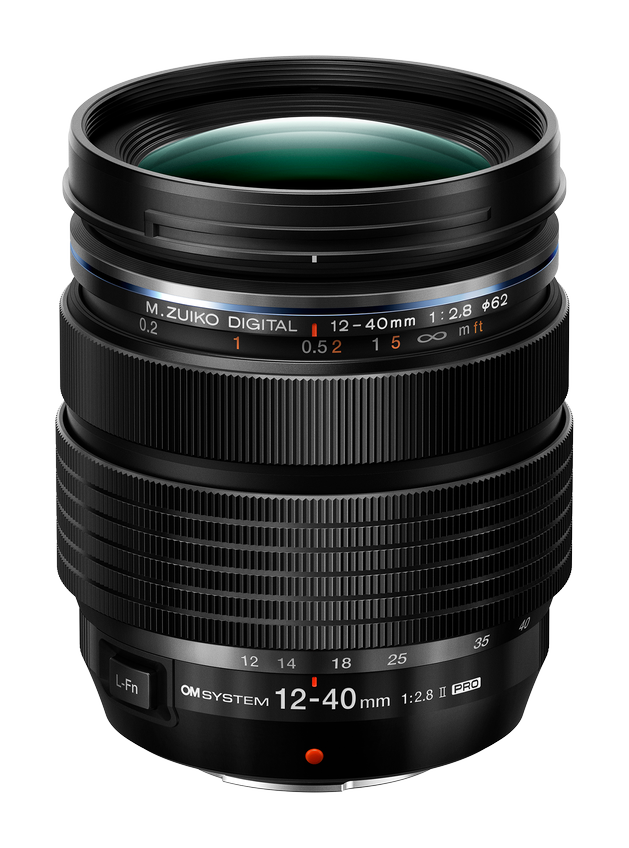 Meanwhile, the 40-150mm f/4.0 PRO is a compact, lightweight mid-range telephoto lens that claims to be the most compact, lightweight model of its kind, with a fixed aperture of f/4.0. It’s only 99.4 mm long (124 mm long when in use) and weighs just 382 g. Considering this gives the equivalent angle of view as an 80-300 mm lens on a full frame camera, this is a compact and lightweight professional-grade lens that is comparatively tiny. It also has a close focusing distance, 70 cm this time, with maximum image magnification of 0.41 x. 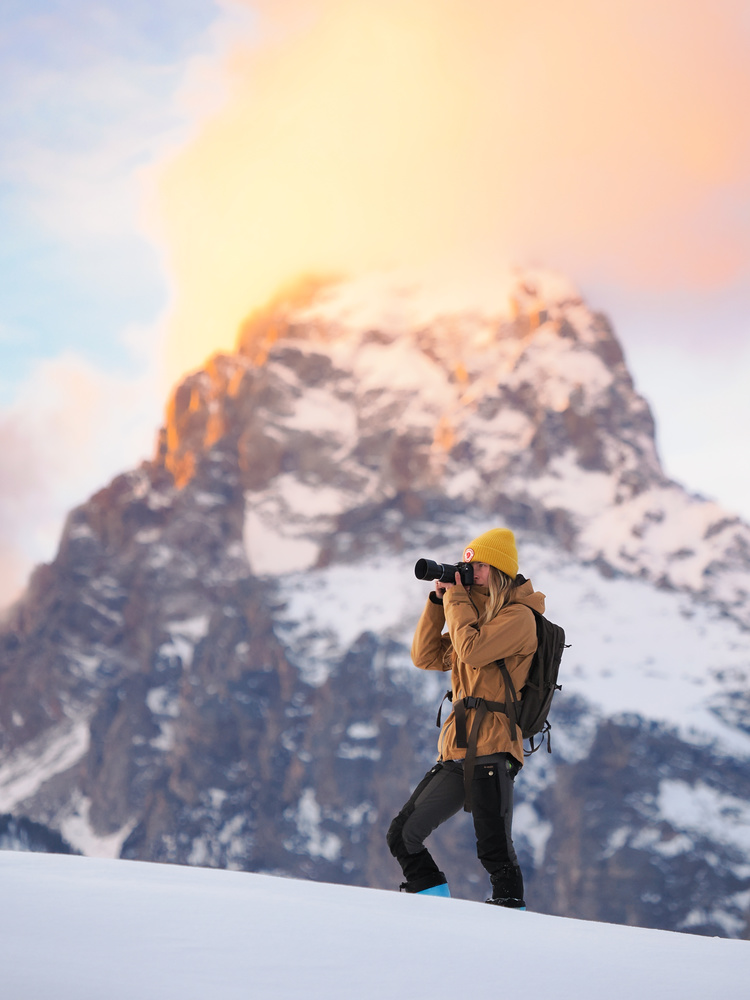 Availability and Pricing of the OM-1 and New Lenses

The cameras and lenses will all be available at the beginning of March, and there are offers available on the pre-orders.

Pre-Order the camera or camera kit before March 3rd 2022 and a free Extra Battery & 3-Year Extended Warranty is included.

My Conclusions About the OM-1 Release

Despite the negative campaign aimed at the brand, especially since Olympus cameras were rescued and turned around by JIP, OM Digital Solutions is clearly thumbing its nose at its detractors. It’s releasing three top-of-the-range, feature-packed items that will please the current Micro Four Thirds users, who have been crying out for a new camera with an improved dynamic range. That decision to choose dynamic range over more megapixels is a good one; 20 million is more than enough for most photography, and many photographers are now clued into the pixel count myth.

It also will be attractive to those migrating from heavier, cumbersome systems. The improved usability and the choice of using AI to capture shots will also appeal to new photographers who are just learning the technicalities of photography.

Furthermore, Olympus was always known for the quality of their lenses, and they have pushed this even further.

In an increasingly competitive and shrinking market, this camera seems as if it really is revolutionary. Pushing the boundaries and being early adopters of new technologies is what the Olympus brand was always about. That is good for the photographers and the industry. What is more, they seem to be continuing to do this by offering top-class equipment at a fraction of the cost of other flagship models. I’m looking forward to getting my hands on the camera and putting it through its paces.