I have a massive soft spot for fresnels. I love them. Fresnels give out unique light qualities that can’t be replicated by anything else. The Aputure F10 Fresnel is no exception, as it turns an LED into a super-light. Here’s why.

Fresnels are among some of the most sought-after light modifiers. The combination of high light output, unique quality, as well as light depth, make them a very useful modifier on set. They are used on everything from video commercials to still photography. The reason they are so cool and unique is all in the light output. Fresnels are the only modifiers that can throw light with so much depth over long distances. My love for fresnels stems from the dramatic light that they can put out. Simply put: fresnels create strikingly beautiful highlights while also making the dark shadows. I used fresnels for more than a year in my work. A great feature that fresnels have is the ability to focus them to change the light spread. 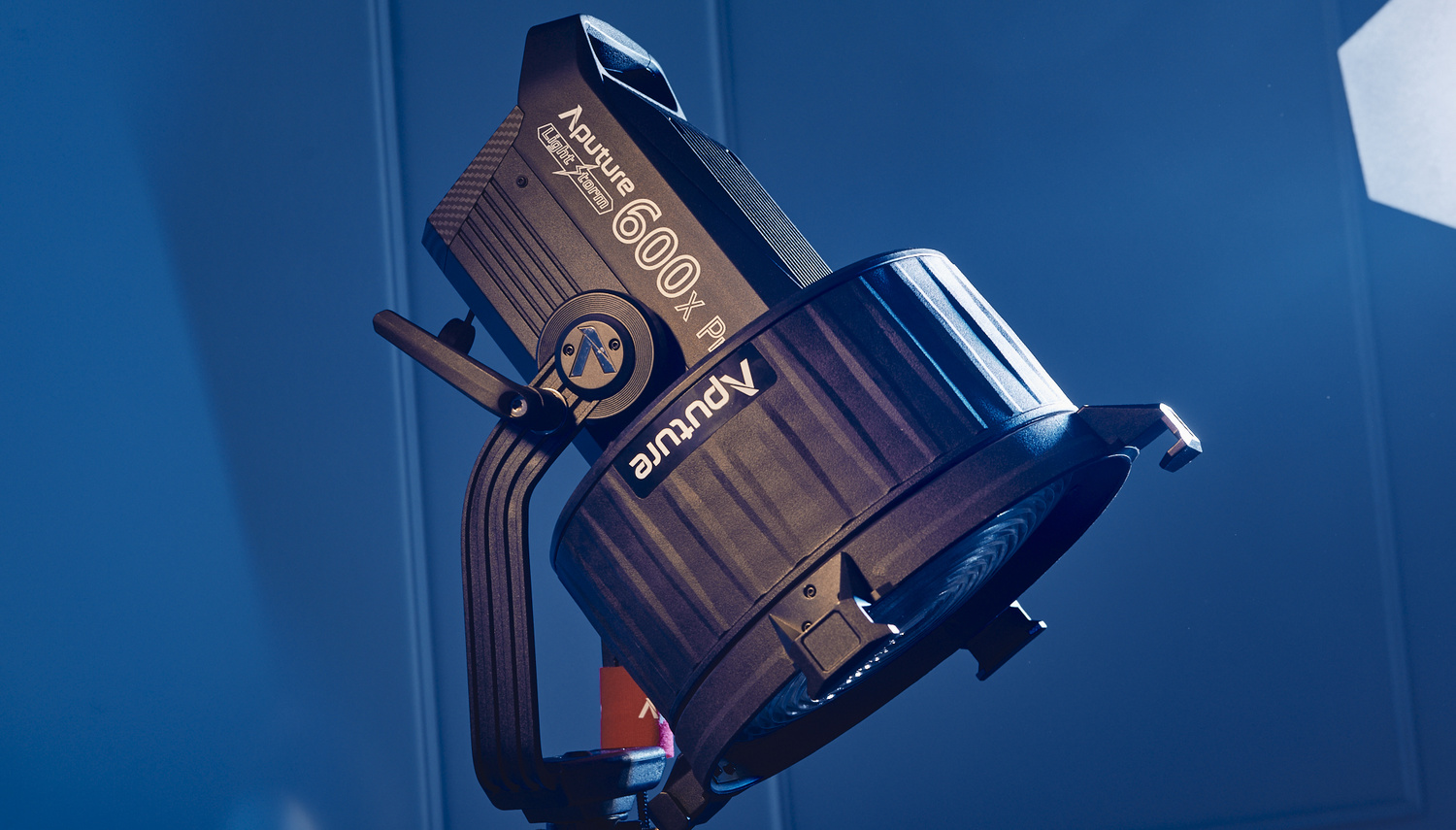 The Aputure F10 Fresnel is an affordable, easy-to-use light modifier that will boost the light output of the Aputure LS 600D Pro. Although, since it comes with a Bowens mount, you might think you can put it on any light assuming it can hold it. The truth is different, as each fresnel lens is optimized for the light it will be used on; Therefore, the F10 Fresnel is made for the LS600 and possibly the LS1200. Built for professional sets, it is a reliable and well-built modifier. There are optional extras, which increase the number of things you can do with the fresnel. Let’s dive deep and see if the F10 Fresnel is the only modifier you need for the most photo and video work.

Built from glass, plastic, and metal, the attachment is not in the lightweight category. It weighs 8.9 kg (19.58 lbs). It is also not the smallest modifier, as the lens is the industry-standard 10”. Many manufacturers of cheap fresnels don’t use glass, opting for acrylic materials instead. While reducing cost, it also reduces light output and overall quality. Aputure installed a real glass lens, which is how fresnels should be. It is also fantastic to see an affordable, yet industry-standard size fixture. 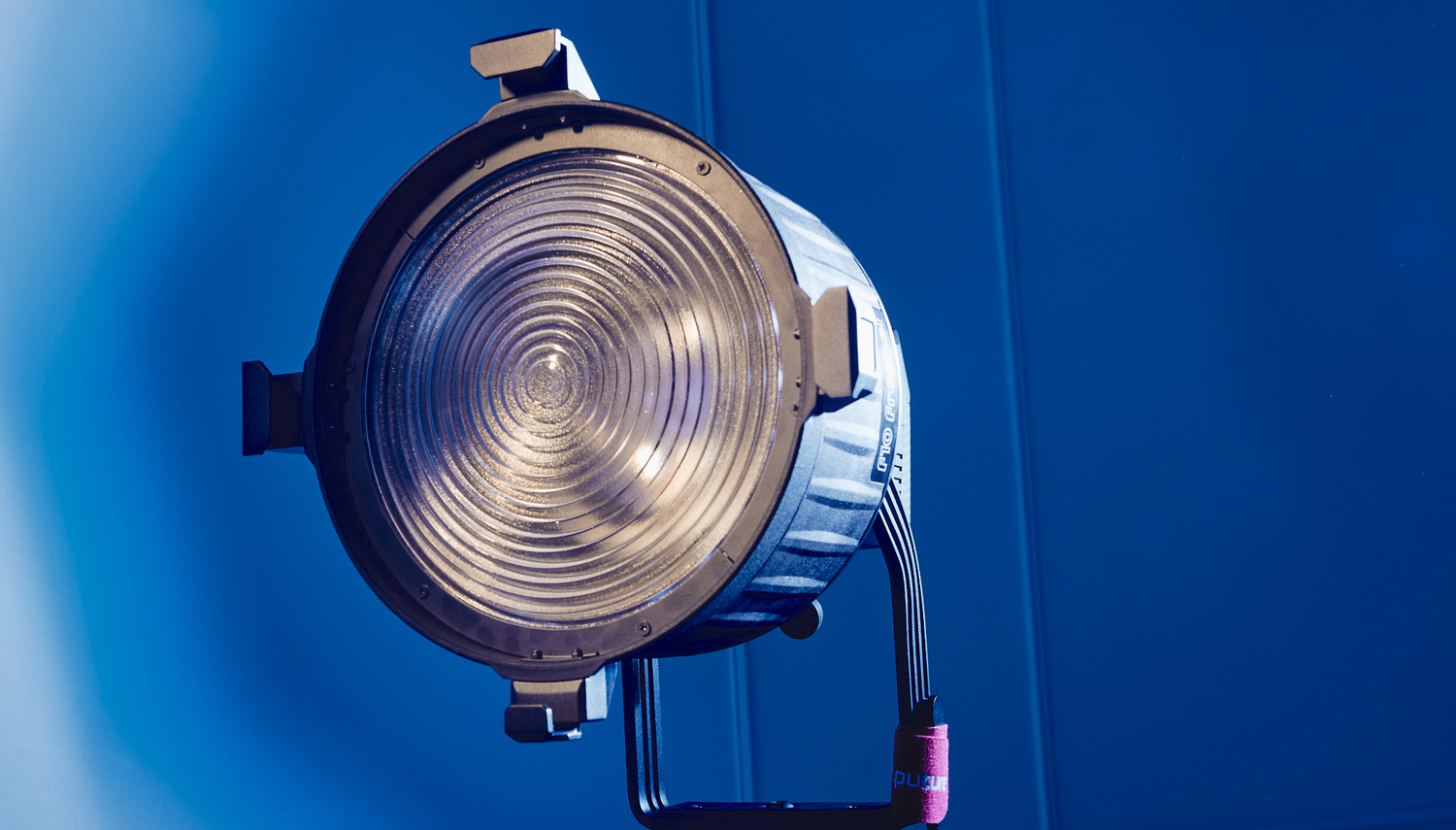 A feature that sets the F10 apart and makes it best compatible with the LS600D is the little glass lens that spreads out the light coming from the LS600D on the whole area of ​​the fresnel lens. That way, the fixture is most efficient and throws out every single photon it can. Efficiency is a beneficial feature of fresnels. Indeed, when working on-location from battery or generator power, efficiency is key. In studio too, it lets you save power.

The zoom function on the F10 Fresnel is controlled by a ring that you can twist to adjust the beam angle from 15 to 45 degrees. The ring feels good, although obviously, it isn’t a smooth spin. My particular copy got stuck on the zoomed-out position, so I was wondering if the zoom function can be improved to be more smooth and not get stuck. 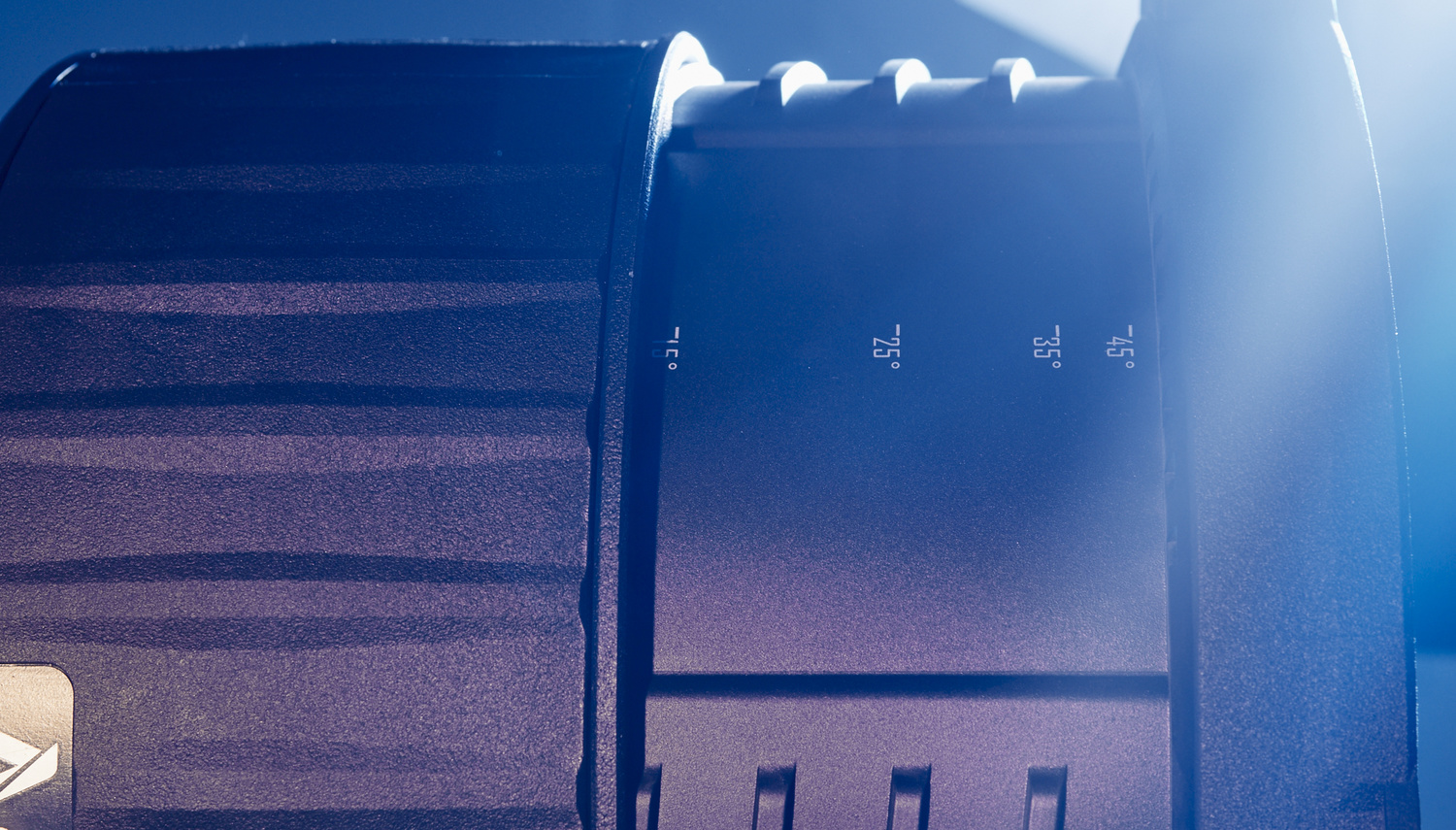 Since it is used with a constant, albeit LED light, it will inevitably get hot. Let’s just say that I have burnt myself on a lot of occasions while on set. It is not the nicest feeling, and I inevitably swear in Ukrainian for everyone to hear. Luckily, the F10 has great heat dissipation capabilities, with vent holes on the back of the fresnel, as well as the body is made out of a heat-efficient material. Even after hours of operation, touching the fresnel feels okay and won’t leave burns. Even the lens, which is usually one of the hottest elements of the modifier, is acceptably cool.

While the build quality is important, let’s see what it can do.

Zooming in and out you can focus the light beam from 15 to 45 degrees. What this means for filmmakers and photographers is the ability to either spotlight someone or flood the scene to some degree. The difference in the light spread is noticeable, but not dramatic, when you go from full flood to tight spot. Fresnels are made to focus light, not to flood the scene, although HMI lights can flood the scene at a whopping 65 degrees. 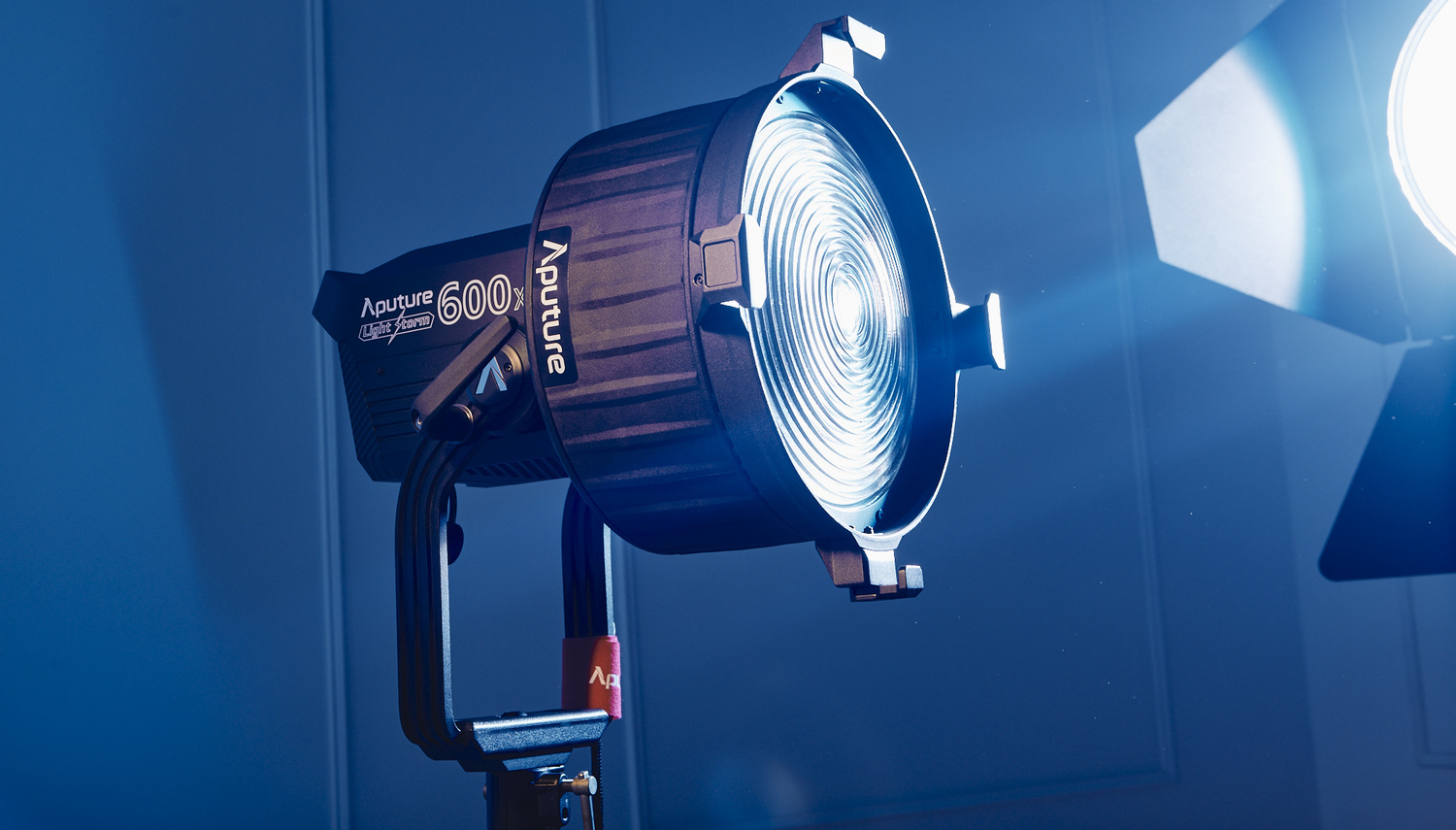 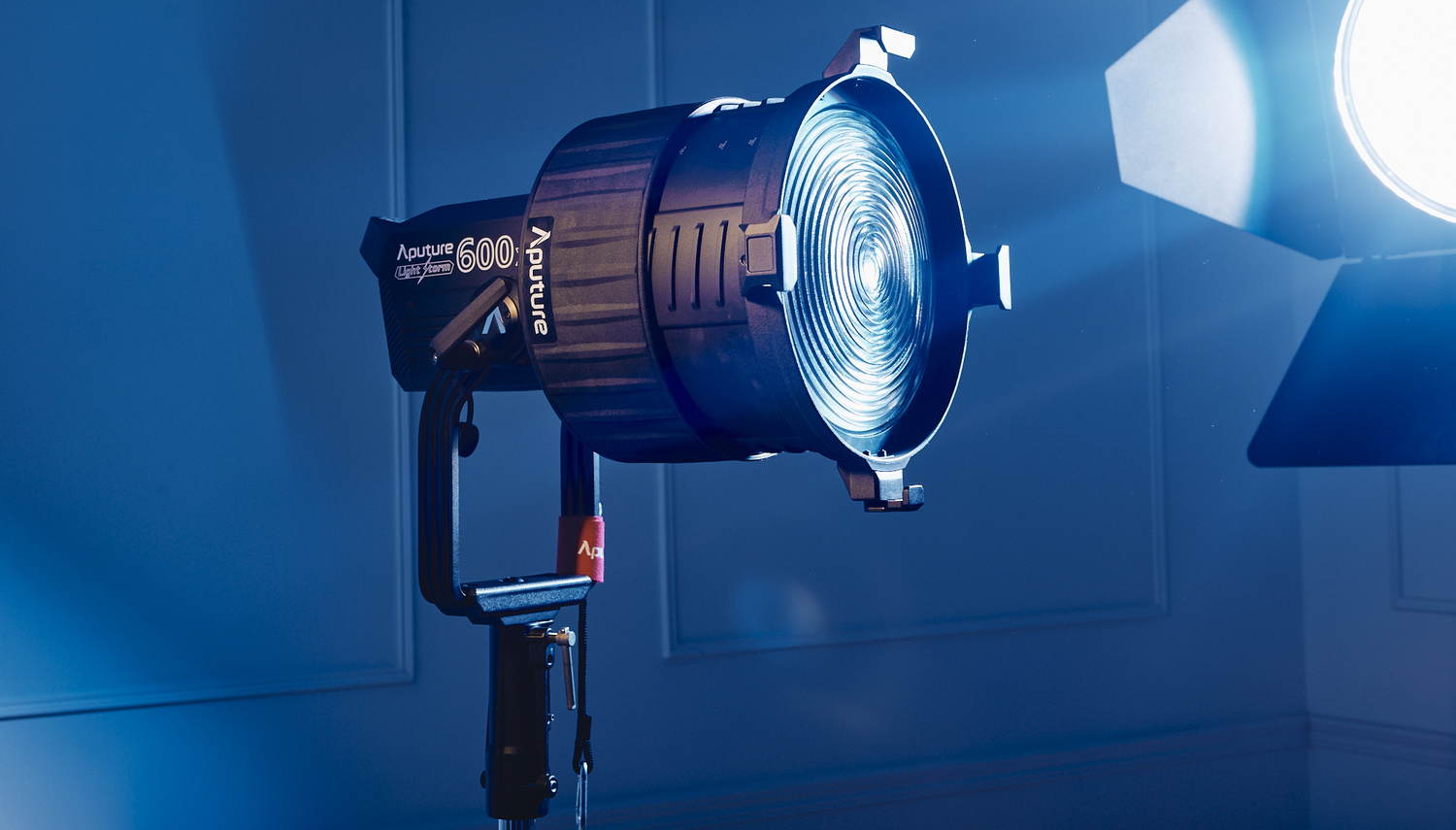 The optional barn doors, which can be bought separately from the F10 Fresnel, allow for more precise light control as well as the creation of gradients. The barn doors are made out of metal and have eight-leaf adjustability, which enables full control of the light. Keeping the tradition of film light accessories, they are drop-in for faster mounting. There is a locking mechanism that will keep the barn doors in place.

When you buy the barn doors, they come with an adapter that lets you mount them directly on the LS600D should you want to use the barn doors without the fresnel. Bear in mind, that they add extra weight to the light and make the whole setup fairly unbalanced, which can be a problem when rigging some things. Extra care should be taken when adjusting the light.

The F10 Fresnel ships with a carrying case, which makes it easier to transport and store. Given that it is a precision light modifier with fragile glass elements, it should be taken care of properly. It is nice of Aputure to include a case, which is well made and not flimsy. 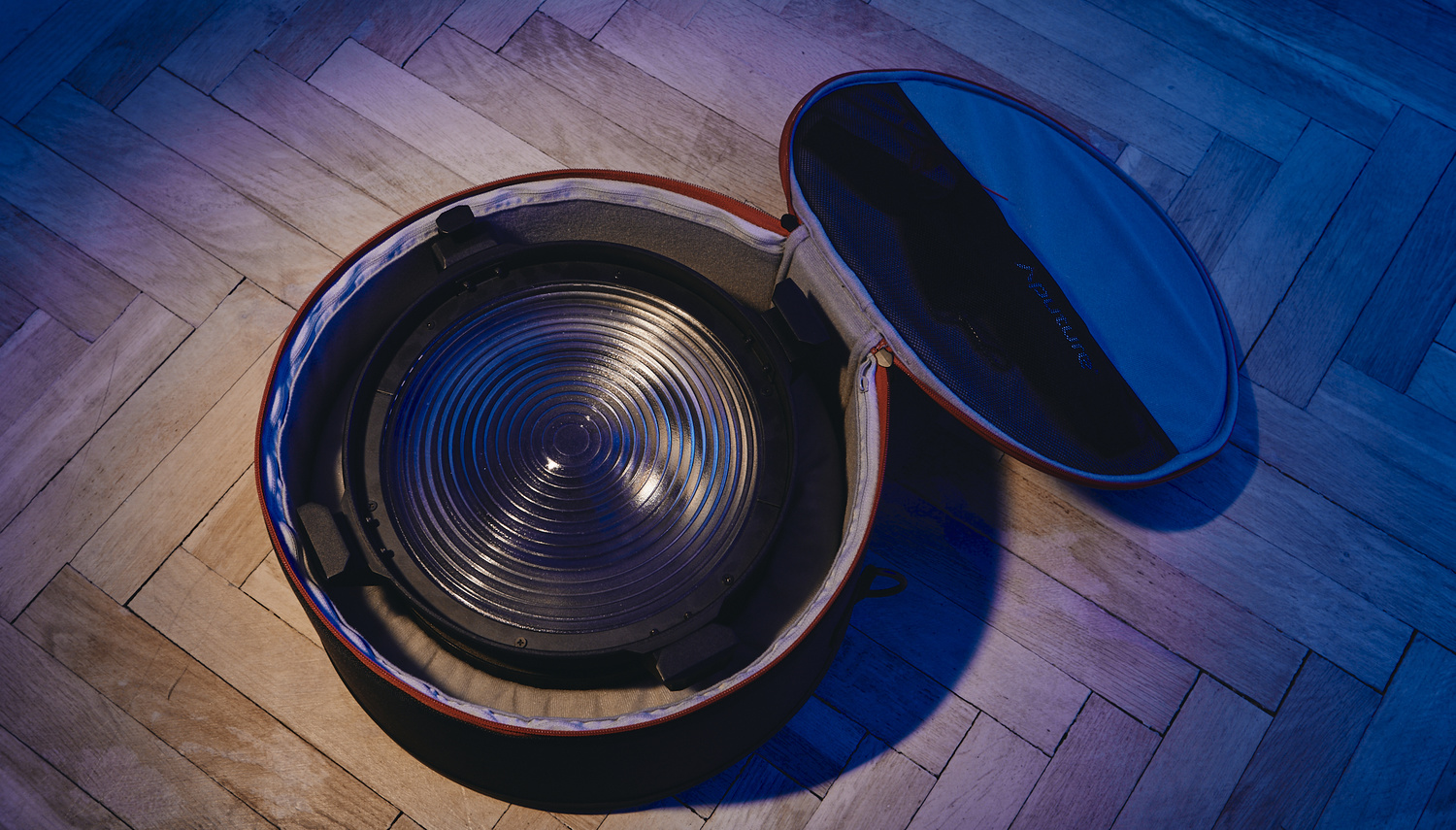 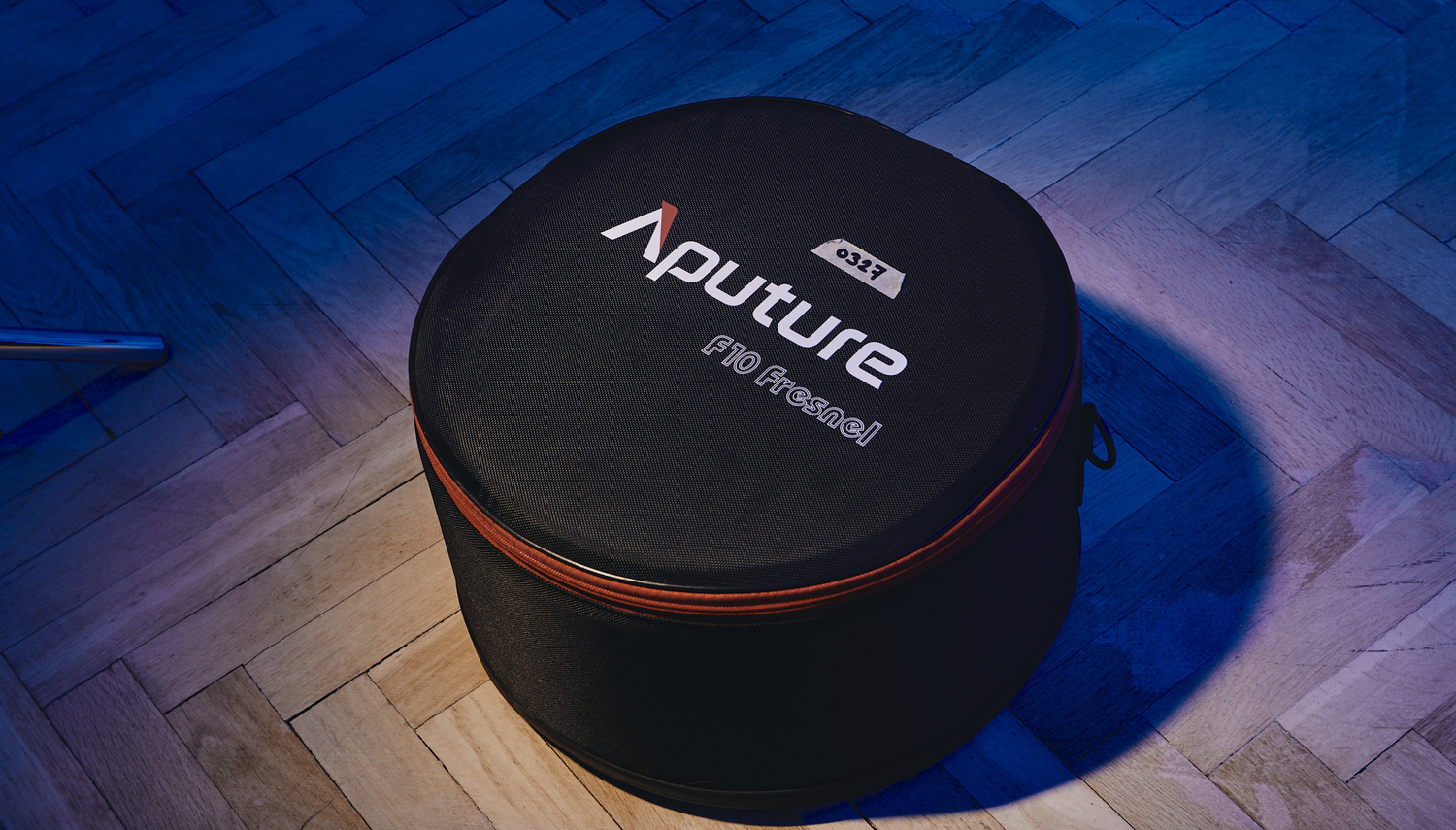 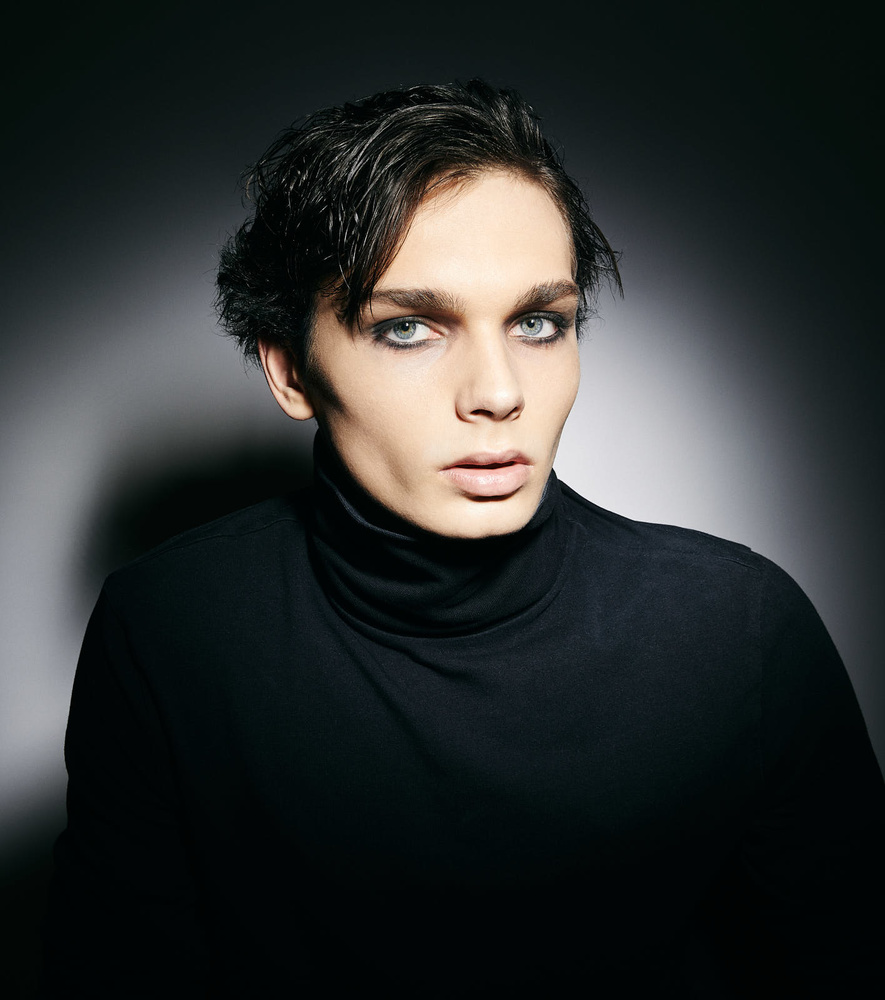 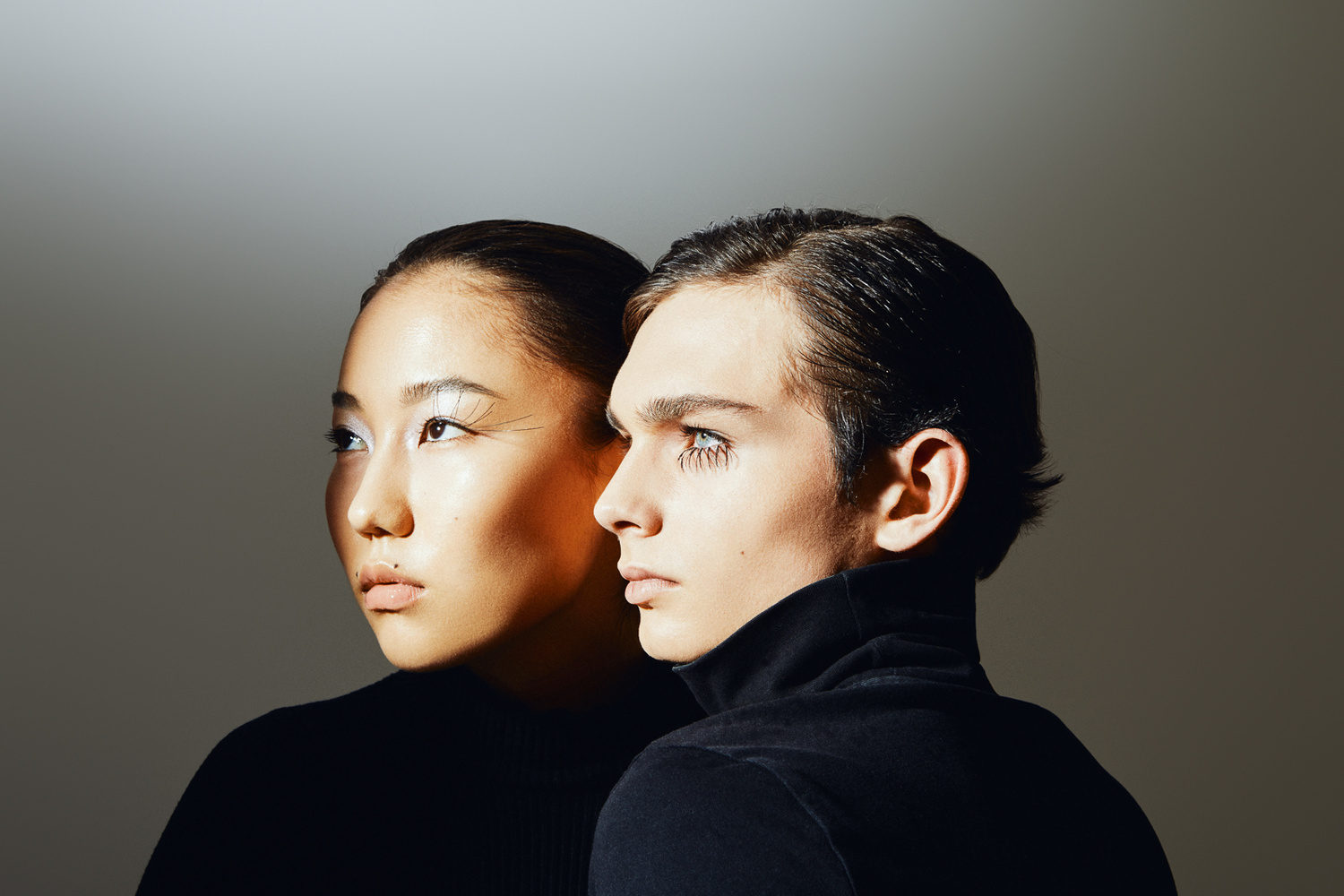 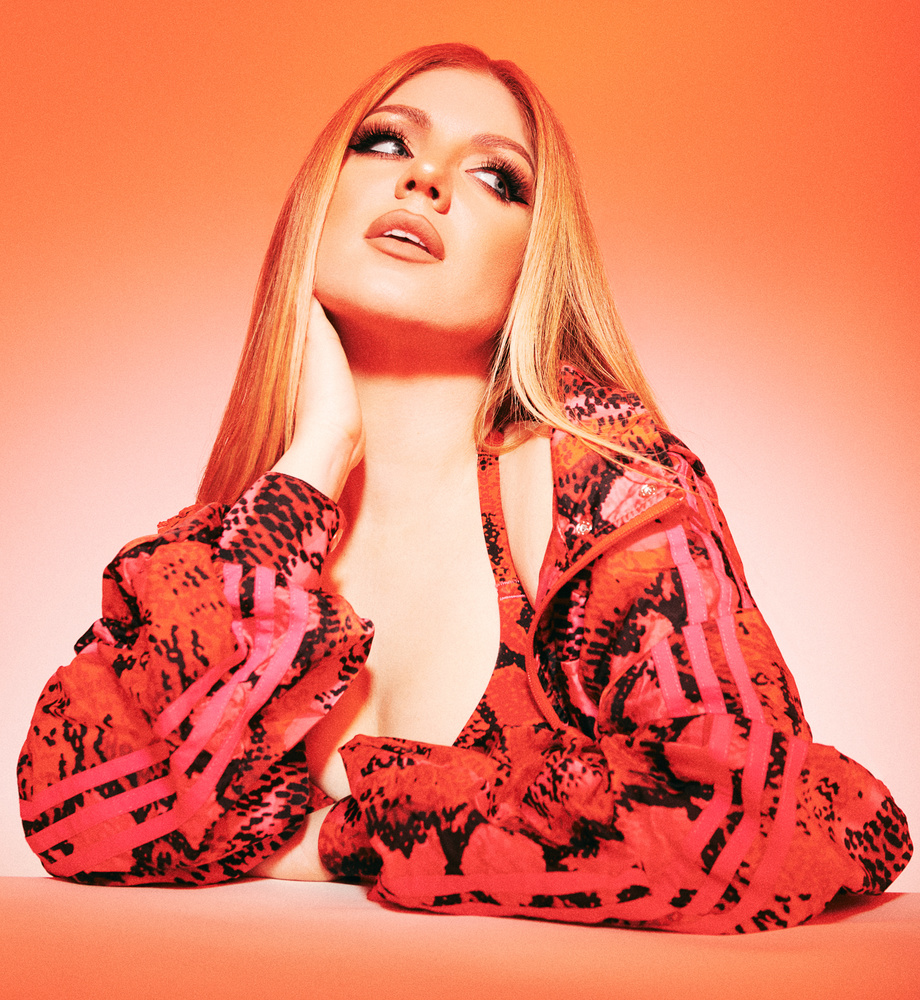 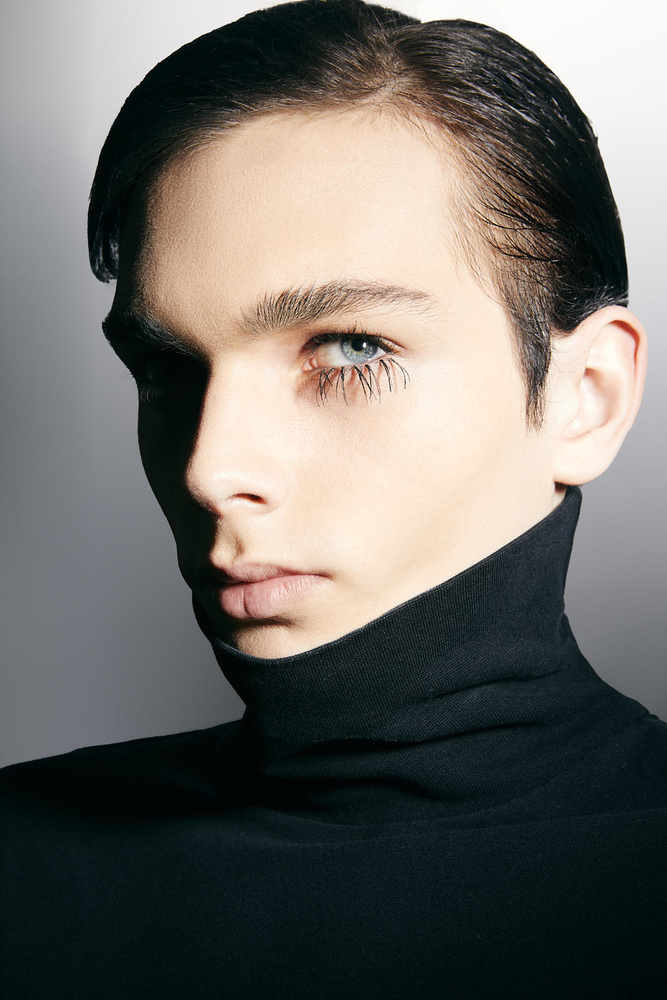 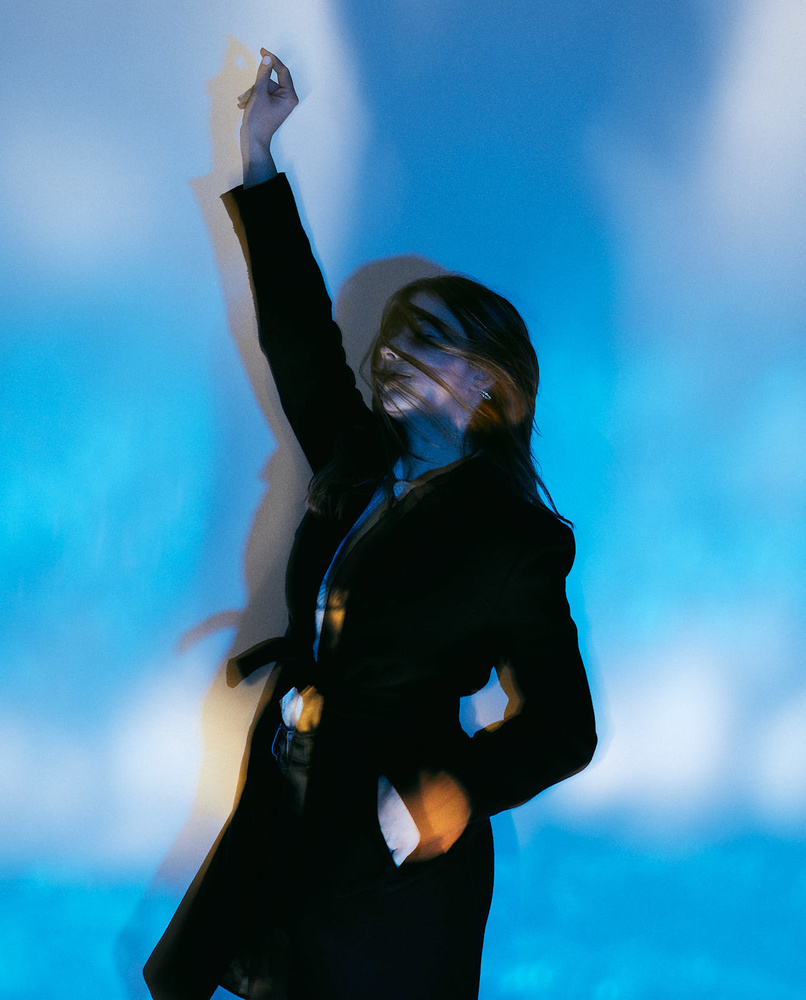 Priced at $219.00, the F10 fresnel is an affordable, well-constructed, and quality light modifier. It ships with a good carrying case and has the mounting option for barn doors. In terms of extras, Aputure should consider making scrims for the light, which will cut output. Additionally, the mounting options on the fresnel are only limited to barn doors, which is disappointing. It would be great to see an extra slot for things such as scrims. Finally, the zoom ring can be also made a bit smoother. But overall, this fresnel is a good value for money, and I recommend buying it. 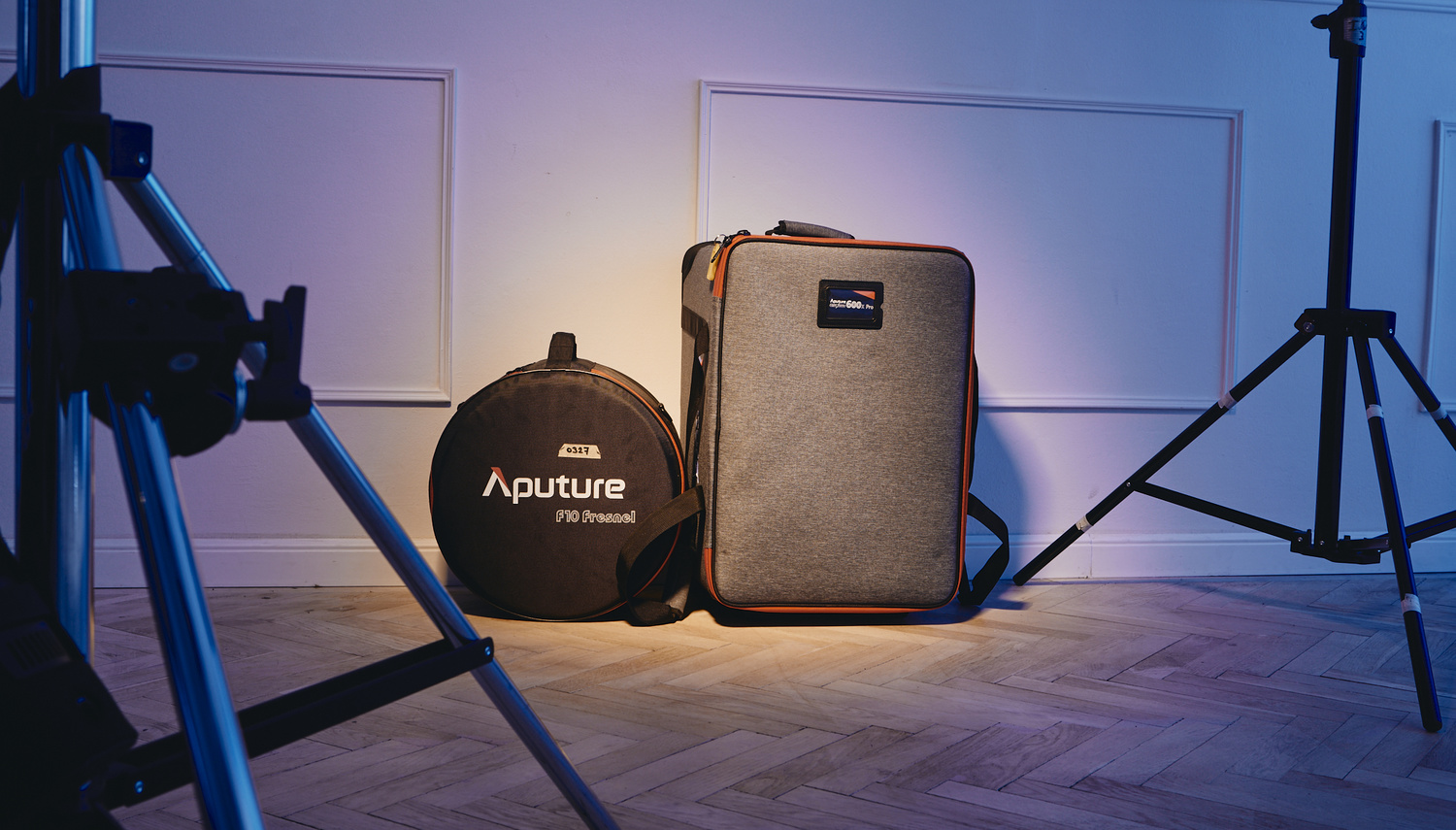