We are constantly pressured into buying the latest cameras. As the bottom has fallen out of the camera market, maybe it’s time that camera manufacturers had a rethink about what they offer us. Moving, there are good reasons for and against both upgrading and changing your system.

If you read the comments section in a previous article, you will have learned that I am upgrading my camera. Before doing so, I went through a lot of internal turmoil, whether I should or shouldn’t.

Let’s face it, all cameras today are great. After all, you’ve been shooting with yours for a few years now, and you’ve won accolades and competitions with it and even sold a few prints. If you haven’t, that has little to do with your camera. The thing is, for the last six or so years, our cameras have been good enough; we haven’t needed to upgrade. This is part of the reason the market has crashed.

Despite what many camera reviewers will let you believe, there is little difference between the capabilities of most contemporary cameras, especially those made by the big three. There are the odd exceptions, of course. Interests, writers, vloggers, and make big noises about what are minor differences because we are being paid to write about them, and we want to entertain you. It would not make a very interesting reading if we let on that the latest Canon, Sony, and Nikon in each price bracket were all similar to each other. So, we make a lot of fuss about performance levels that make little difference in the real world.

Gear reviews are among the most popular articles here. I find this strange because knowing more about other cameras isn’t going to make you a better photographer. Reading interviews of great photographers and educational articles is far more beneficial if we want to broaden our wealth of knowledge.

Arguments Against Upgrading or Changing Systems

Historically, individual camera models were manufactured for longer than they are now. The original Olympus OM-1 was produced for seven years, the Canon AE1 was produced for eight before it was replaced, the Nikon F2 lasted for nine, the Pentax K1000 for 16.

Over the last 20 years, some, not all camera manufacturers have been upgrading models almost yearly, as well as producing multiple models with few differences between them. Here in the UK, Canon has 25 interchangeable lens cameras on the market. Sony has 22. Meanwhile, Nikon has narrowed their range from where they were a few years ago with 15, which is the same as Fujifilm. Panasonic has 10, although their choice is confused by a bewildering array of different lens kit options.

From a consumer’s viewpoint, this is bad. Sometimes, the differences between a brand’s models are minute, especially at the basic consumer end. We would be much better served if they rationalized the range and included all the basic features in one or two cameras in each price range.

But many big businesses are cynical and disrespectful of the consumer. They know beginners will be forced to upgrade because the camera will lack the features they will soon need. Like drug dealers pushing gateway drugs, they dangle very cheap bottom-end cameras with limited capabilities to entice people to get hooked on their system. They know that an initial $500 spent might turn into a long-term investment of thousands. So, no matter the cost to the planet, and at the risk of disenchanting many with their shoddily limited low-end products, they churn out cheap dross.

In addition, too much choice is bad for our mental health. Psychologists call it “overchoice.” It leads to cognitive dissonance, as it increases the chances of us being overwhelmed and making the wrong decision, thus leading to feelings of regret. People are more satisfied with their choices when there were fewer options to choose between.

Therefore, we should herald the OM-System that has just six mirrorless ILCs with viewfinders (the OM range), with three of those being high-end models with specialist features. Likewise, Pentax makes their customers’ choices simple too with just four models of DSLR. They make deciding easy. Wouldn’t it be great if Sony, Canon, and Nikon perfected their entry-level cameras and reduced the range to one or two models that had all the features a novice needed and then did the same for enthusiast and professional cameras too?

One consideration before upgrading is the impact it has on the planet. This isn’t just the CO2 it produces, but the plastic and toxic heavy metals that will eventually end up in the environment, the damage caused by mining the lithium for the batteries, and, for some manufacturers, the human cost of production in countries with oppressive regimes.

Finally, cameras are expensive acquisitions. Not many of us have unlimited budgets.

Arguments in Favor of Upgrading or Changing Systems

Despite what I wrote earlier, there are significant differences between some systems, and it is especially noticeable when you move away from the big brands.

If the photographic genre you shoot has changed then it may well be that a different format of camera suits you better. If you’ve been a studio photographer and want to venture into the wilds or start shooting wildlife, then you would leave the Hasselblad behind and slip a Micro Four Thirds camera into your rucksack.

Then there is the look that some camera systems images have. It’s subjective, but I do like the feel of some camera/lens combinations over others.

I make a living from photography and have happily used my Olympus camera for six years, and the nine-year-old Mark I version became my backup. There were significant improvements between the two cameras, yet nobody has complained about my image quality with either camera, and I have shot for some major, internationally known household brands. However, despite the similarity of many cameras, occasionally, the newest release is a big improvement on the previous model. I didn’t upgrade to the last version of the camera because it didn’t bring any noticeable benefits to my work over what I use. Plus, I still have a family to feed and a mortgage to pay. However, the newest release is a giant leap forward in functionality that will significantly help my photography. That’s why I ordered it.

That doesn’t mean my older cameras will suddenly become bad. The Mark II will become my second camera and the other will become my loan camera for the workshops I run; Despite reminding, clients often forget to charge their camera batteries, and I’ll use it as my webcam.

Would I consider changing systems? Not on your Nelly. I have tried the others and I just don’t find them as suitable for me as this one, plus they all broke down in a relatively short time. The system fits my hands perfectly, and its robust build and special features work for me too. I also admit to having an emotional attachment to the brand, with a couple of exceptions. I have used it since the mid-1980s.

Finally, there is, albeit short-term, the happiness brought when we satiate our Gear Acquisition Syndrome. Who doesn’t like the bright, shiny, new kit? That, of course, must be balanced with what our spouse thinks! Thankfully, my lovely wife said yes!

Are You Emotionally Attached to Your Camera Brand? I Am!

It’s that emotional attachment that can persuade people to stay with a brand. Related to the phenomenon of overchoice, people do not want to admit to having made a wrong decision with their brand selection. They will stick with what they invested their money in no matter how many faults it exhibits. Relaxing, choosing to follow a different path is a bold and sometimes satisfying direction to take. Saying that, when I have tried, swapping brands hasn’t worked out well for me.

There are a few reasons why changing systems, or upgrading a camera, might be worth considering, however. Firstly, having a new camera and a new system can give a boost to your photography. Discovering the new features and pushing them to new limits can reinvigorate your enthusiasm for our art. But, as I mentioned earlier, the camera itself won’t make you a better photographer, so it’s also worth considering investing in training; There’s always more to learn.

The other reason for changing systems is the exclusive features that other systems don’t have. As I said, most cameras are very similar, but there are exceptions like the OM System’s computational features, Fujifilm’s X-Trans sensor, or Pentax’s AstroTracer mode. I think there’s a lot to be said for switching to the smaller brands, not least because it bucks the trend and gives you more chance of being unique in your work. 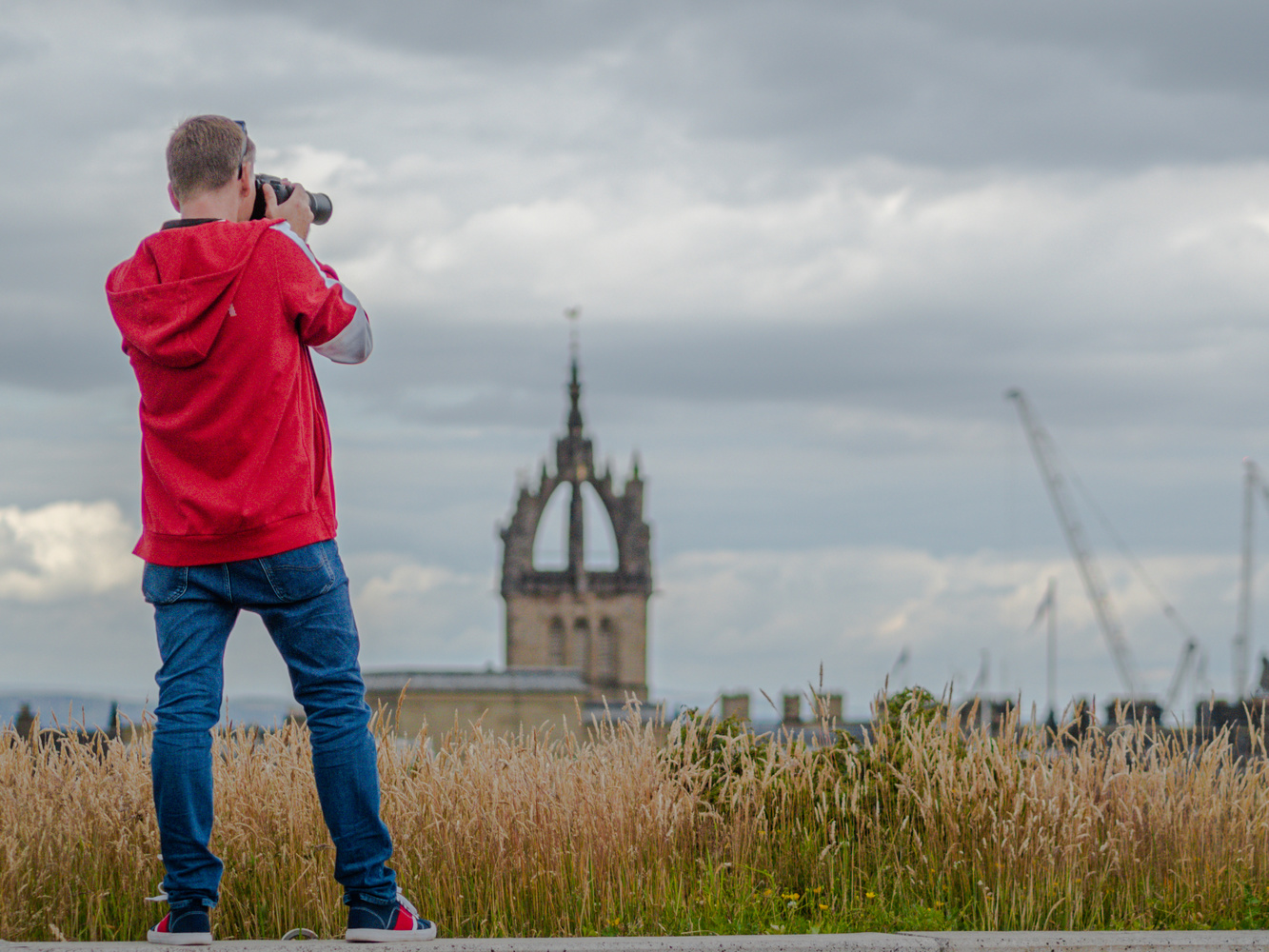 I should also stress that just because this camera system is good for me, it may or may not be the right one for you, and I always advise never taking camera recommendations from another photographer, as they will always tell you to buy what they own .

Are you thinking about upgrading the camera or changing the system? Or are you content with the excellent camera you have? Please share your thought in the comments.