When Aputure released the LS 600d Pro, it took the market by storm and signaled an era of high-power LED coming. But when the LS 600X Pro came out, it took the D version and made it greater. I’ve been using the 600X Pro for the past month, and here are some of my thoughts on it.

What is a high-output, reliable, and durable light source made for? Big-budget commercial productions? Of course, it is something like an HMI. HMI lights are good and proven performers that won’t betray you on set. Using an HMI takes up a lot of power, as well as takes time to stabilize at color temperature. You can’t run and gun with it, neither can you turn off the light to save power. And HMIs need a lot of it. In fact, not all HMI lights can be plugged into the wall without frying the wiring in the house. This restricted some filmmakers from getting the lighting they need where they need it. Further, HMI lights need to be gelled in order to get a different temperature, which means having an extra kit on set. 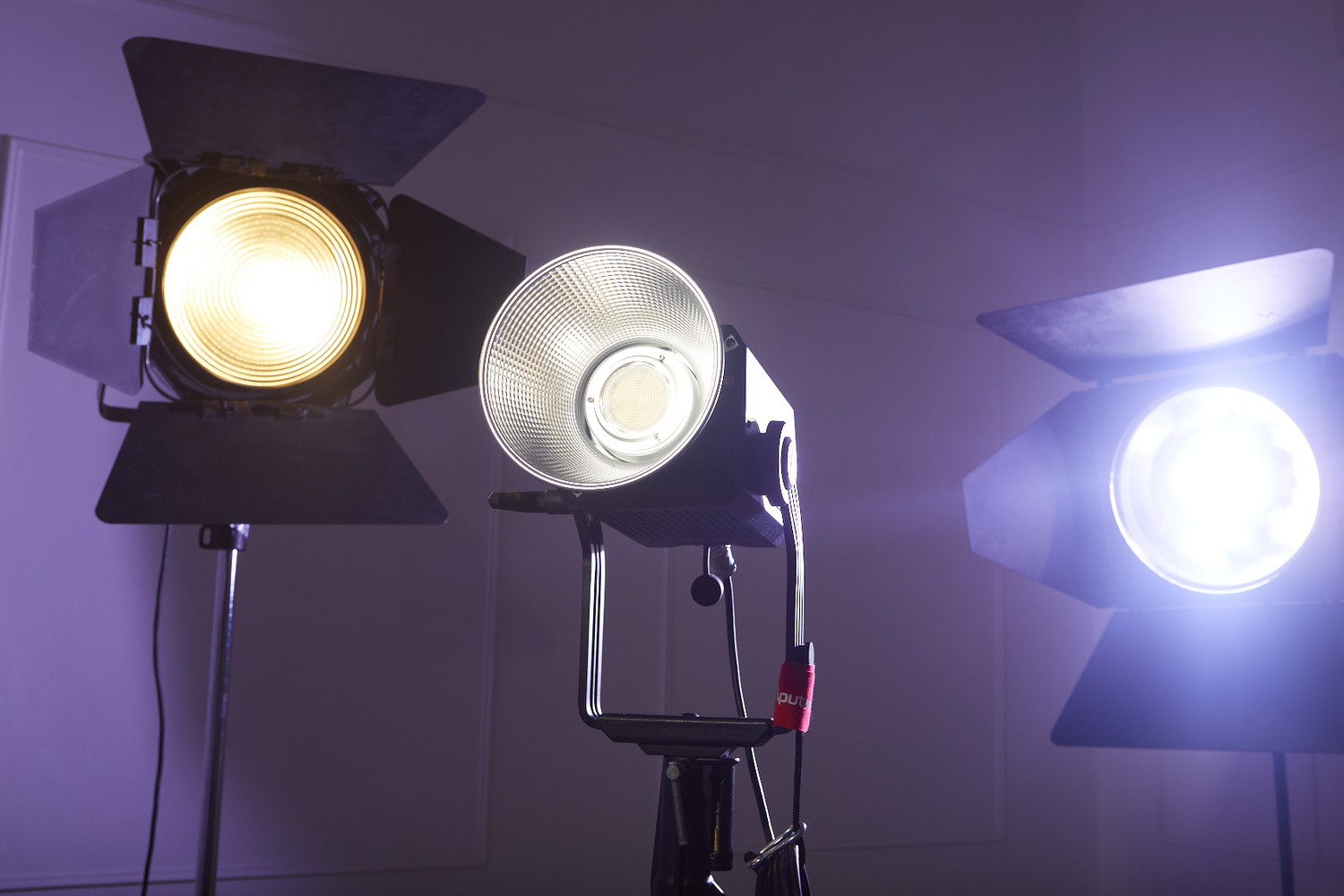 The LS600x solves these problems by not replacing them but rather being an alternative to classic HMI lights. For me personally, though, an LS600x is a replacement, and I love taking it out whenever I can or need it.

Taking the LS600x out of the box, you notice that it is not a small pocket light. It is a fairly large setup, that weighs in at 40lbs. Of course, it is also fairly big. You will need a good Manfrotto 007 on wheels to use the light comfortably. Due to the lamp head being also fairly heavy, extra care should be taken when booming the light. Thankfully, the cable that connects the ballast and the head is long enough for any boom application. I would not use a grip arm to boom this one, instead of opting for an Avenger D650. 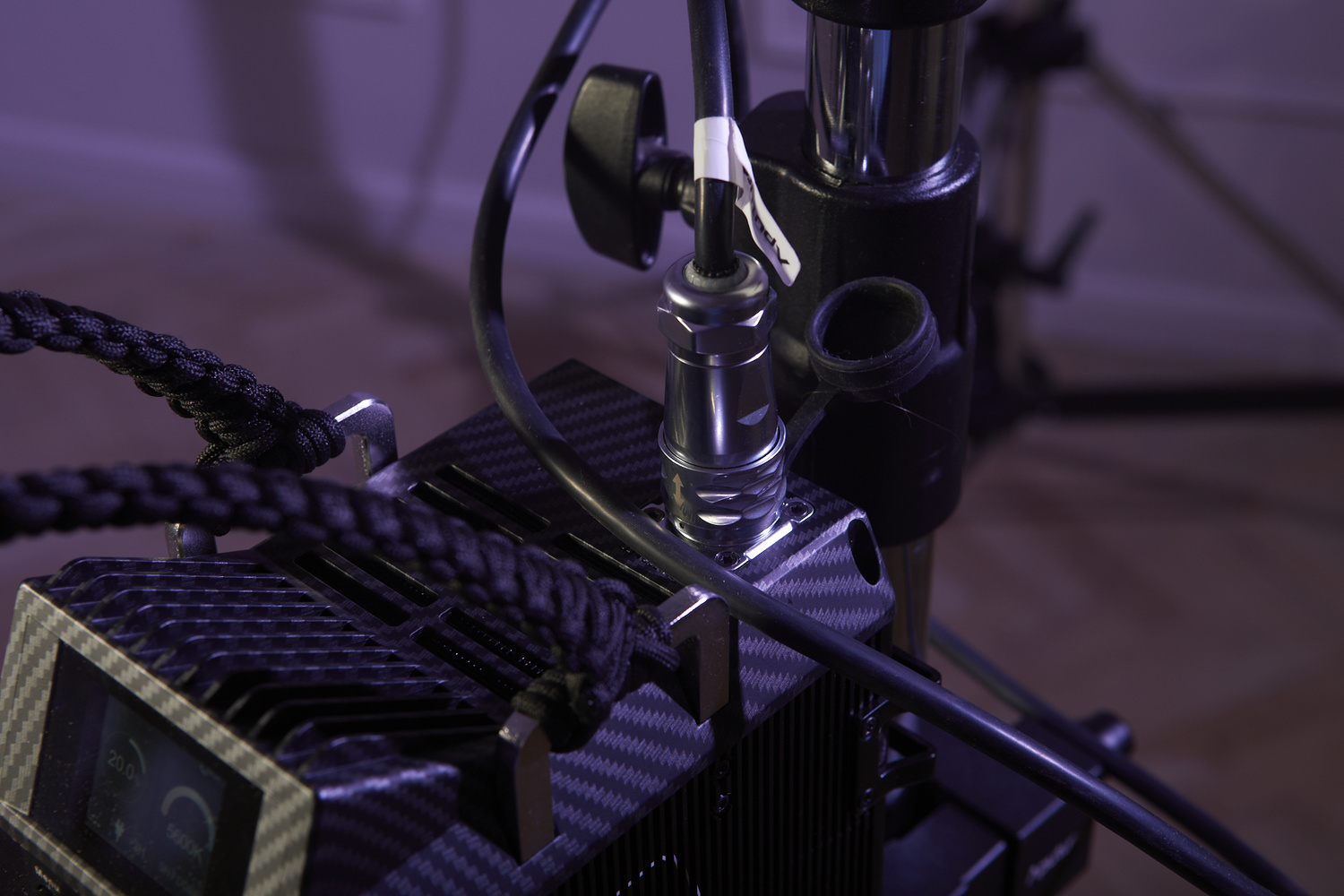 The LS600x is built, as any good light, very well. It has the feel of an expensive light, and it is. The problem that plagued many Aputure lights before — a badly designed swivel handle — has been fixed in the LS600x. The handle feels stable and holds the light in any position. The only problem with it is that it can’t be fully tightened when used with the F10 Fresnel. It would be fantastic to see a handle that has a lift ratchet mechanism which is common in superclamps and in other mounts with a turning handle. 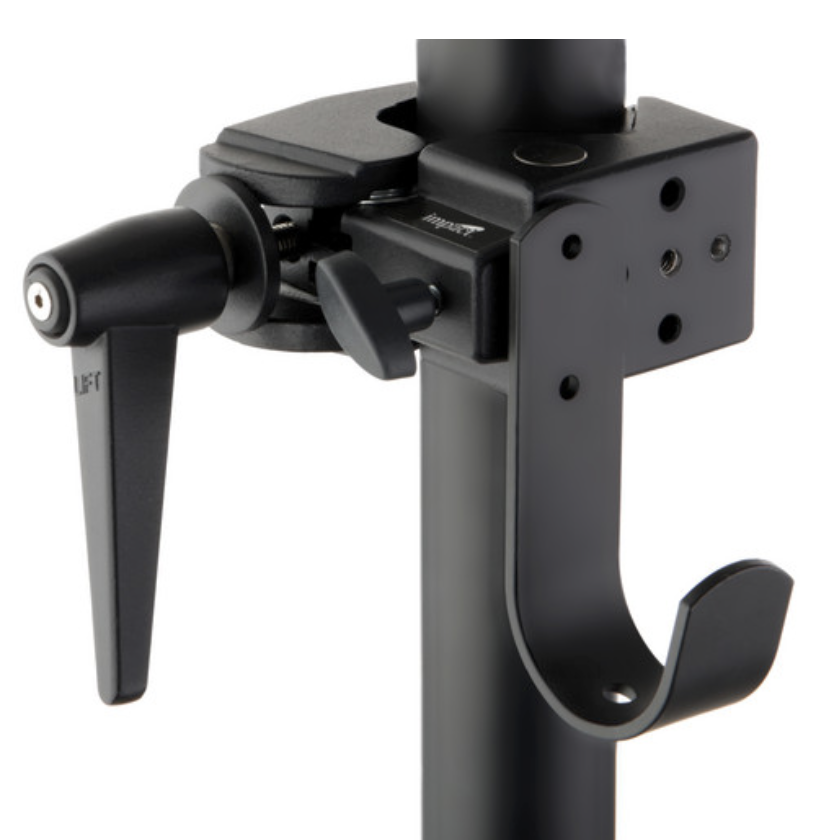 The light is weather sealed, which makes it possible to use it on location, even in the rain.

While I did not test those features personally, since I would probably never find myself in a setting such as that, it is good to know that the main parts of the light are protected. The most moisture I can imagine in the studio is the sweat of the whole crew after a 12 hour day.

Overall the build quality is as expected from a high-end photo/video product: good enough to take a beating. 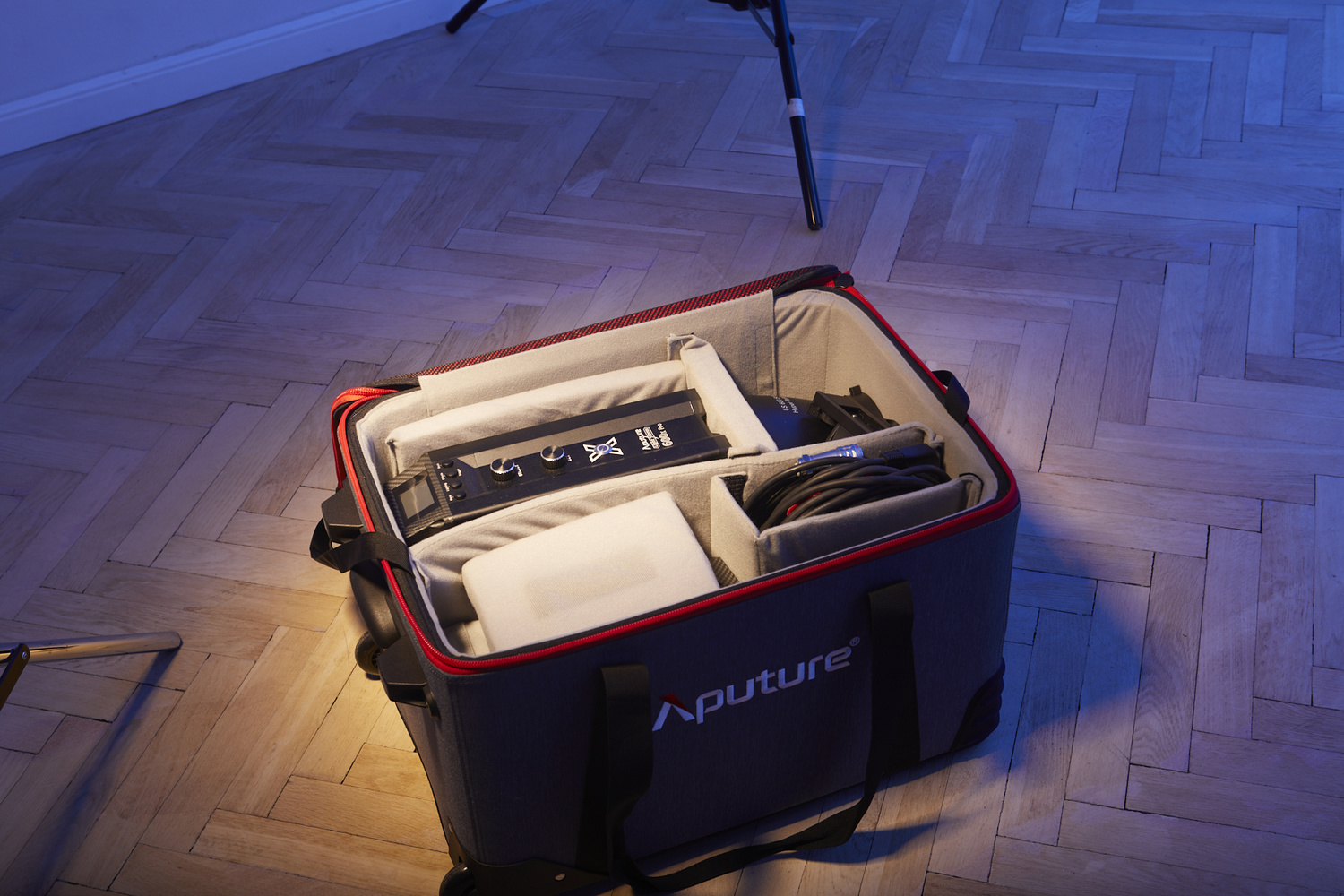 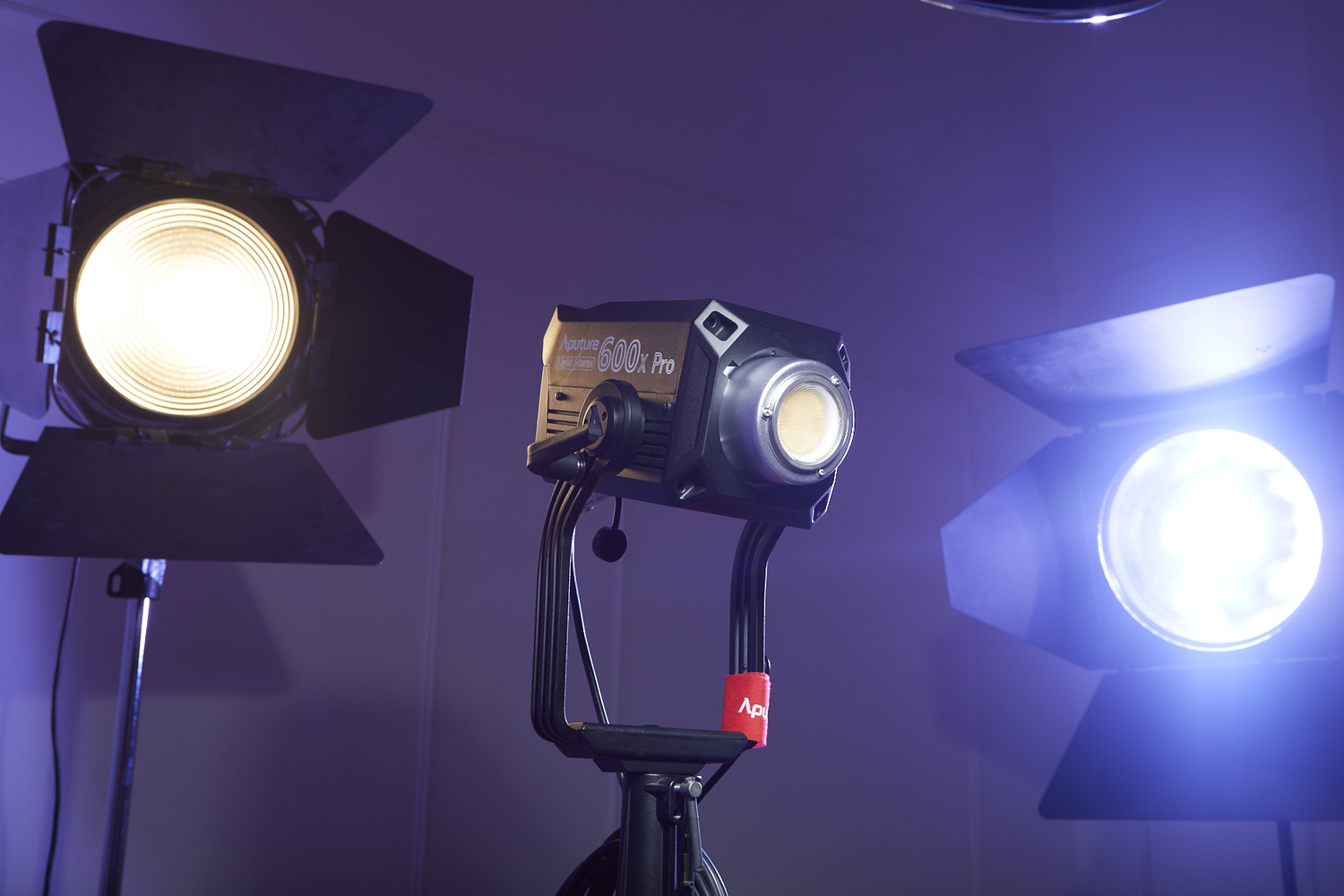 Let’s talk about what makes this light so special: the features. There is a lot to unpack: from app connectivity and strobe effects to color consistency and mounting options.

Probably the most basic, but still a very smart feature, is the lamp head mount. I think the most genius thing which every light company should do is the same thing as Aputure: make the mount dual junior and baby pin compatible (28/16mm). For example, I feel a lot more comfortable using the 28mm pin on a heavy-duty stand, but I can make do with the 16mm for bare bulb usage. While small and not noticeable, it is still a brilliant thing that they did.

Hot constant lights need good cooling. The LS600x has two fans in the lamp head and one extra in the ballast. While the lamp head fans, even at the highest RPM don’t make considerable noise, the ballast can get noisy for some people. Again, the cable connecting the head with the ballast is long enough (7.5m) to place it far enough.

As for power and ports, you will find plenty: Ethernet, USB-B, AC, DMX, DC. There are 4 ports located at the bottom of the ballast, which, in my opinion, is very uncomfortable. Since the ballast has legs and a handle on top, one would think that it should stand upright. But, unfortunately, because the cables plug in at the bottom, you can’t stand it up on its legs. Of course, the reason the cables are at the bottom is likely because it is encouraged to use it on the light stand clamp that’s provided in the package. It can also make your ballast act like a small sandbag to make the setup more stable. 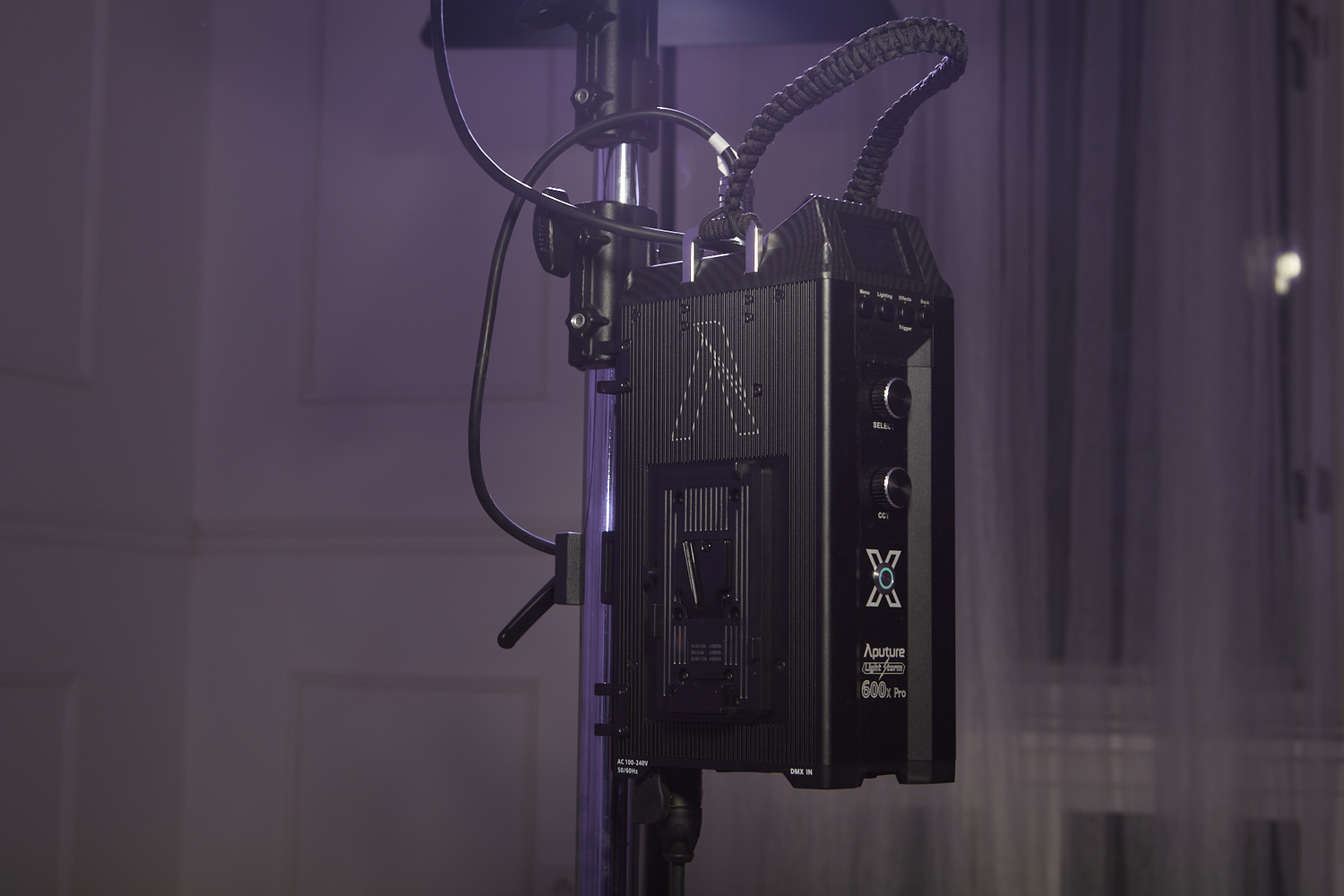 Let’s talk about the light it produces, as that is why you will buy this product. It gives off an impressive output that can be set between 2700 and 6500K, the light output itself will vary depending on what temperature you set to. Using the LS600 HyperReflector will give you just over 5,600 lux at 9.8′, which is ample for interviews, lighting up large sets, and lighting over long distances, which covers most applications.

Adding the F10 Fresnel (also reviewed by me recently) will make the light output a whopping 18,510 lux. If you don’t need an output this high, the light is dimmable from 0% to 100% in 0.1% increments. There are also several dimming curves to choose from linear exponential log s-curve. This comes in handy if you need to make the light dim smoother or faster, or emulate tungsten or incandescent light since they don’t dim as fast as an LED. All this comes at a high CRI of over 96, which is very good but has become expected of high-end LED lights. Overall, the light quality is great, but I wish it had the same output regardless of the temperature. 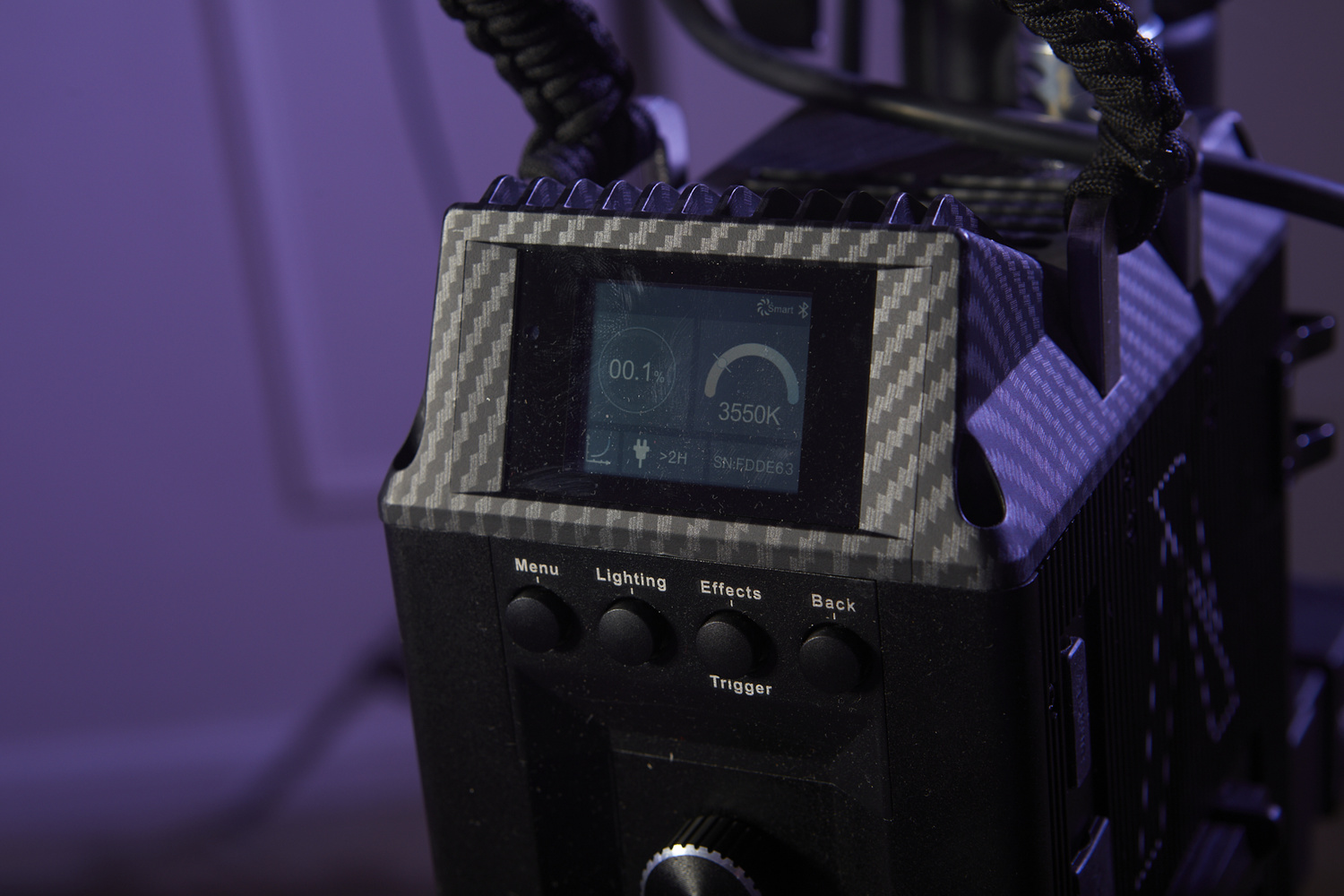 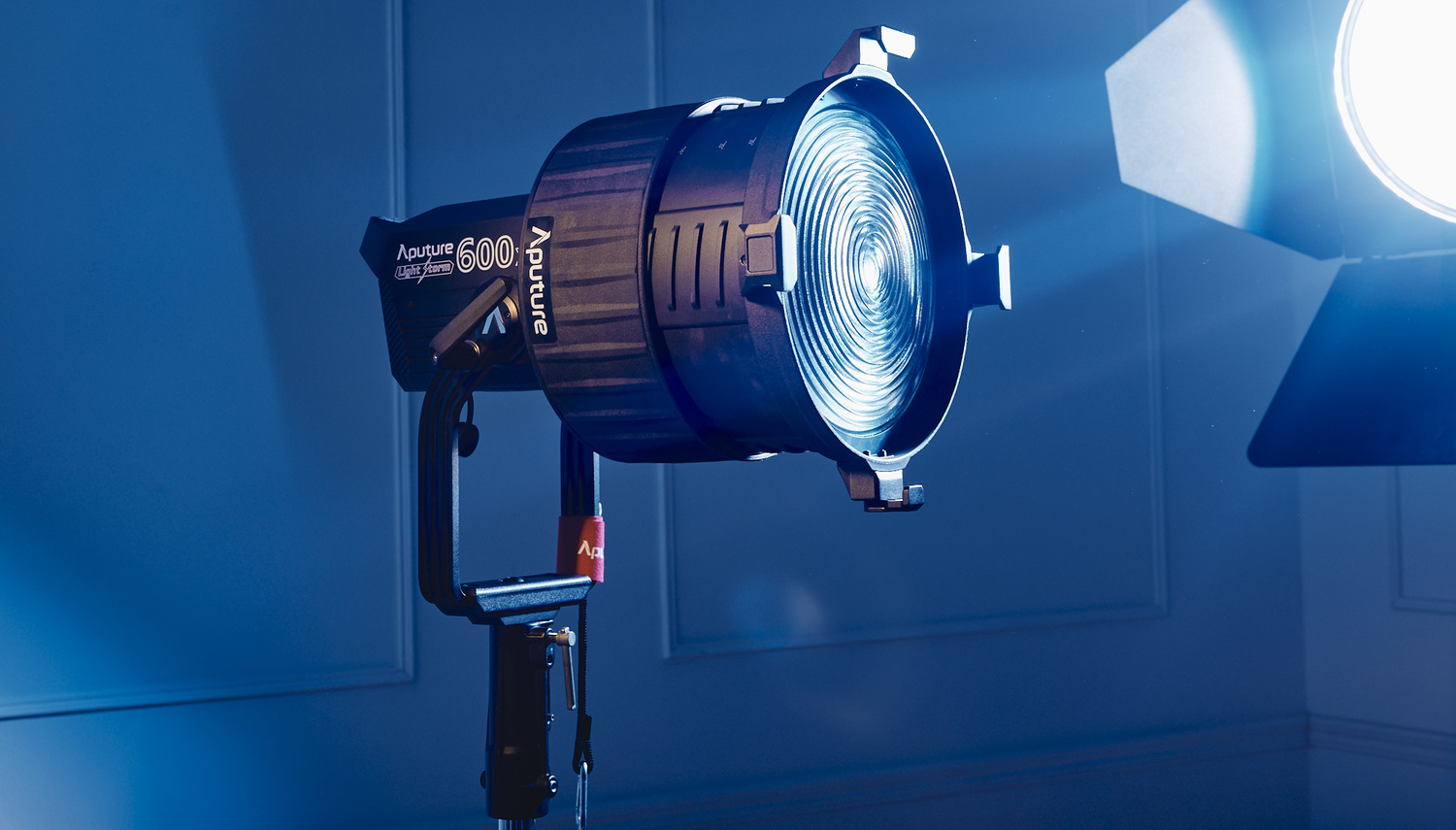 Overall the LS600x is a very able light that can be used for both photos and video. It can be a good substitute for HMI lights on film sets, as well as for flash if you’re not confident with the light or just prefer using constant light. Costing at $1,990 this light is an investment, but it does deliver results for the money. Although I would perhaps consider the Nanlite 500 too, which while not bi-color and slightly lower at the output, does deliver similar light output for nearly half the price. I would not recommend any other light if you are looking for bi-color at the output that the LS600x gives. 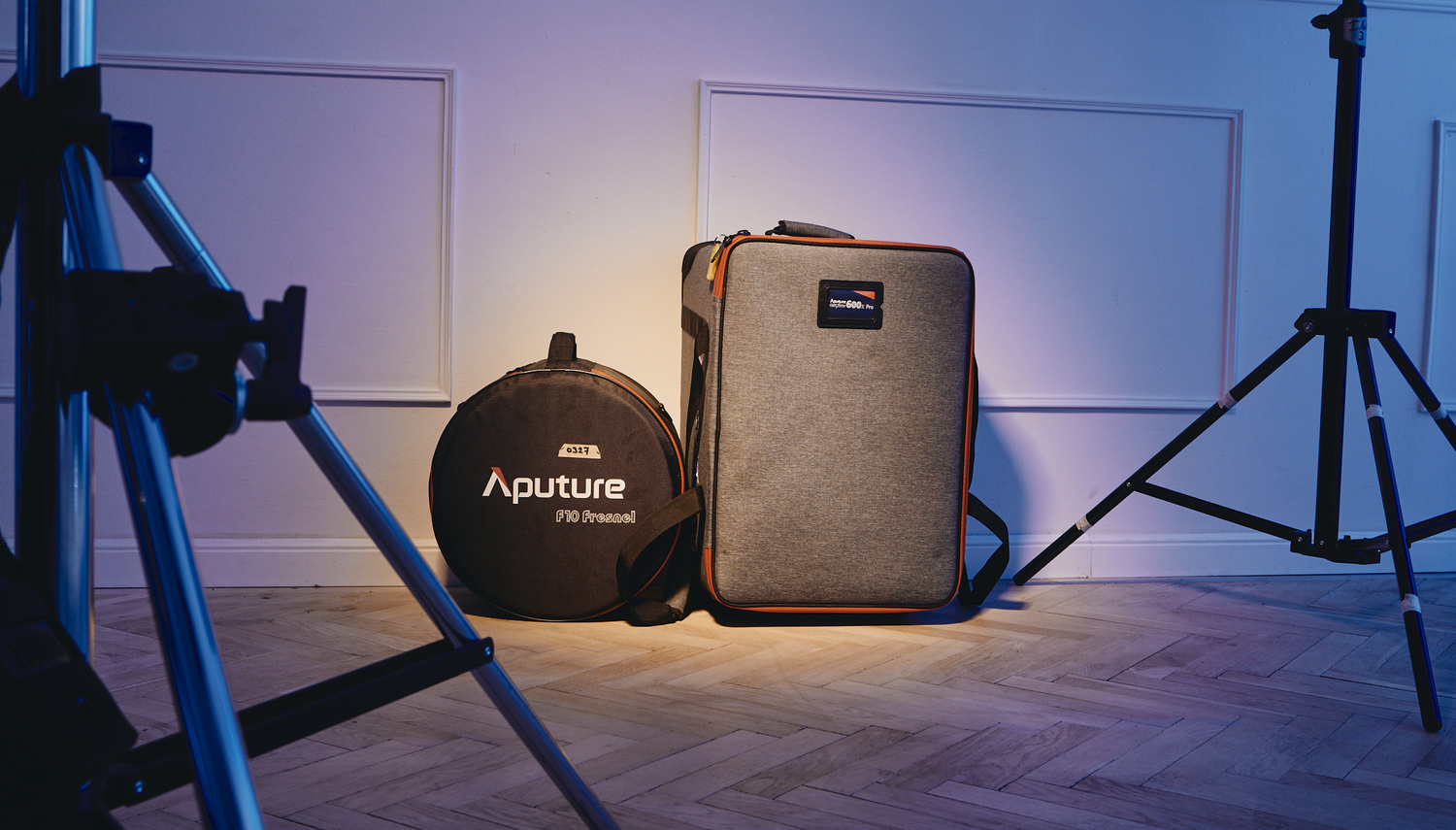