Logic and emotion don’t always mix. In this article, I’ll tell you about one such moment for me.

I made a difficult decision today. Not so difficult. I don’t want to overhype it. I didn’t have to make a career change. I didn’t have to decide which kid lives like Meryl Streep in Sophie’s Choice. My decision was on the far more mundane side. But, it still bummed me out, nonetheless. I decided to sell my old and favorite camera.

Why? Simple. It was a 100% practical decision. As someone who often stretches the bounds of practicality, I don’t always make decisions where my mind is the clear winner over my base instinct. But, in this case, it was a sheer numbers game. I had recently purchased the Nikon Z 9. I’ve written about it a couple of times now, not only because it’s part of my gig with Fstoppers to write about gear, but because I do love that camera and it has solved so many issues for my specific use-case that it has instantly become my starting camera in the majority of situations. Well, all situations really, assuming those situations don’t call for a larger more rigged-out cinema camera and/or medium format. That camera has been so effective at meeting my needs, that I was able to freely turn my attention the other day to accessing my backup camera situation.

Because I am both a photographer and a director/cinematographer, the amount of gear that travels with me to set is nearly heavy enough to sink a small battleship. Worse yet, all that gear must be first loaded from my studio into the van, then out of the van with the rapidly deflating tires into the location. Then, at the end of the day, the entire process must be run in reverse. Even with help, it’s a lot of lifting. So, like any good traveler, the less weight I carry, the better off I am. 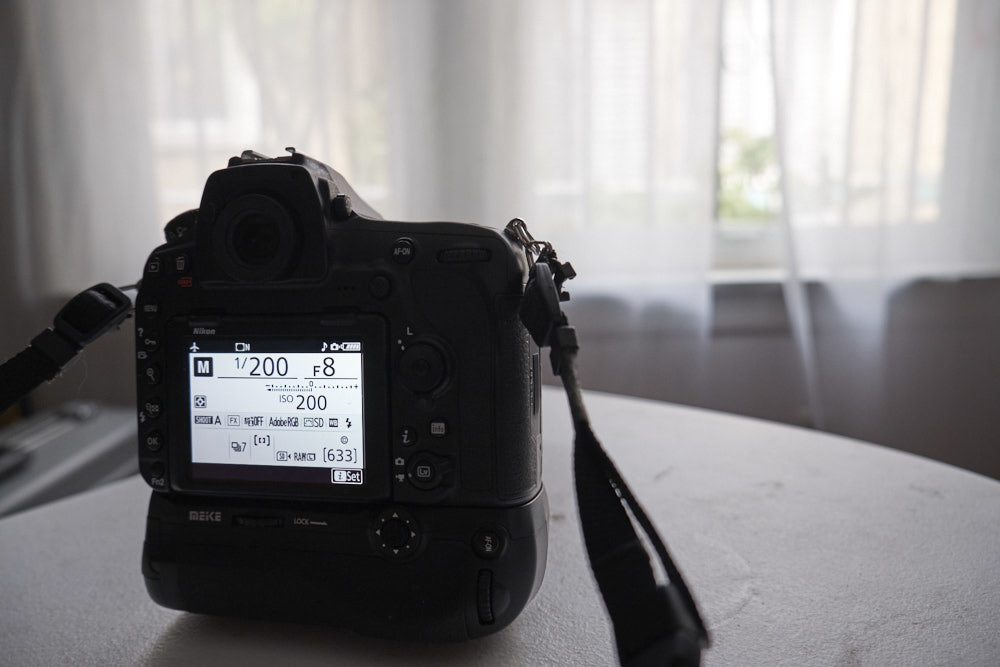 This point was especially driven home to me after a particularly long production the other day left me seriously wondering if sleeping in my van, rather than walking the laborious ten paces to my front door, was a realistic possibility. As I looked over the excessive amount of expensive gear simply begging to be brought in from the cold and mentally calculating each case’s equivalent in barbell squat form, it suddenly dawned on me that the vast majority of the weight I carried with me on a shoot- by-shoot basis consisted of “break glass in case of emergency” gear. That is, it was the gear that I would never use on 99% of my shoots. Yet, it still needed to be there for that one rare 1% of the time when everything that could go wrong does go wrong and the only thing saving you from embarrassment in front of your client is that weird thingamajig you bought on Amazon three years ago , stuck in the back of your bag, and completely forgot you had until you find yourself in this very singularly specific situation.

Realizing the conundrum of having most of the stuff I was carrying go unused in most situations but still required as insurance, I started thinking of ways to lighten my load so that, at a bare minimum, I knew which large cases could be left in the van while only going through the trouble of lugging the actual necessary heavy-rotation items onto the actual set.

Most of these decisions were easy. Those random battery chargers that were only needed if I exhausted all of my V-lock batteries in a single sitting? That could probably sit out in the car. The Z 9, which is going to be involved in pretty much every shoot, at least in some capacity? That goes into a separate case which is always coming to set. Which is what ultimately brought me to the practical use of my favorite camera. 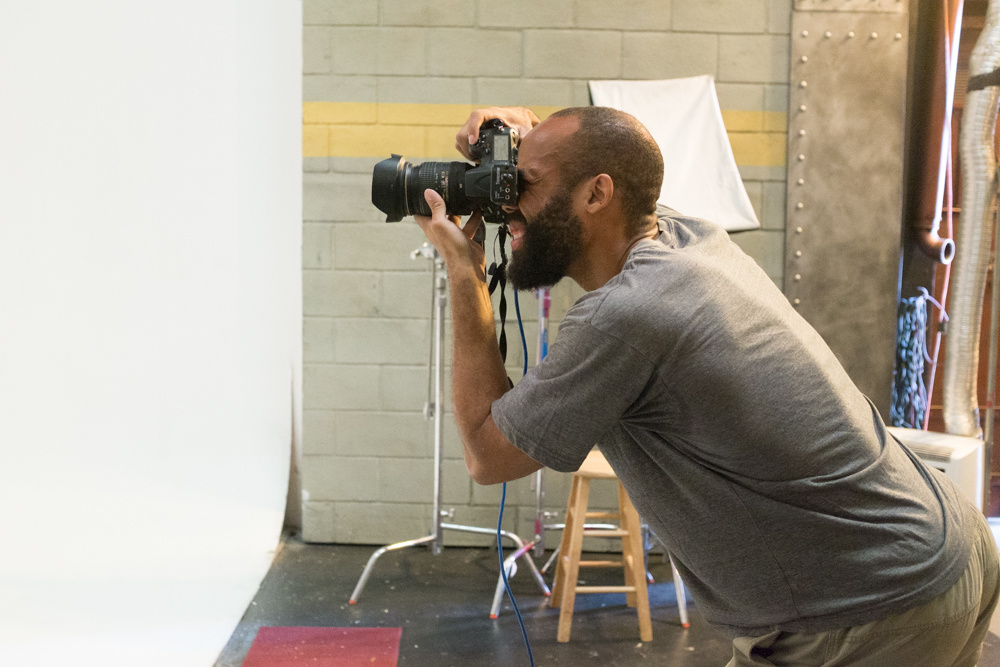 Often referred to, by me mostly, as a magic wand, my camera has been in and out of more battles with me than I care to remember. Through thick and thin, it has never let me down. Not once. I often write about how what I look for in a camera isn’t that it is loaded with specs, but that it “gets out of the way” and allows me to be creative. My favorite camera is the perfect embodiment of that sentence. It does what I want it to do with a bare minimum of fuss and never demands special attention. It just simply gets the job done.

The only problem is that, over the years, the definition of “the job” has changed for me. No longer am I rolling up to the set with just a still camera and a smile. My petite Toyota Corolla has been transformed into an oversized minivan completely inappropriate for a single man without children. And video has become every bit as important, if not more important than stills, to the work I do for a living. The obscene amount of money I’ve spent on cameras in the last few years, culminating with the Z 9, has been mostly a matter of trying to find an affordable tool to help me bridge the gap to meet client demand. I went through a lot of cameras in the process. Too many. And, inevitably, I would always return to my favorite camera for stills because it was simply that good. But, the one area where it didn’t excel was video. It simply wasn’t built for that purpose.

So, that’s how I found myself the other day sitting on a floor littered with various open Pelican cases, making my version of Sophie’s Choice as I moved different pieces of gear into one of three piles. The gear that goes everywhere every time. The gear needs to be accessible but doesn’t necessarily always need to be unloaded from the truck. Then a third pile for gear that can probably be left at home. For the first time since I purchased my favorite camera, it found itself in the third bucket.

Not, because it was any worse at stills. But simply because my use-case had shifted and I now needed a camera that could be an adequate backup to my Z 9 in both stills and motion. And while many of the other cameras I’d purchased recently couldn’t quite overcome my favorite camera when shooting stills, many of them did offer better hybrid video capabilities. So, practically speaking, knowing that the Z 9 would be starting anyway, it simply made more sense to use one of the other cameras in a backup capacity rather than my favorite camera. That way, I would have a backup still and motion camera in one, rather than having to carry two backups, one for stills and one for motion, along with the main camera I planned to shoot with. 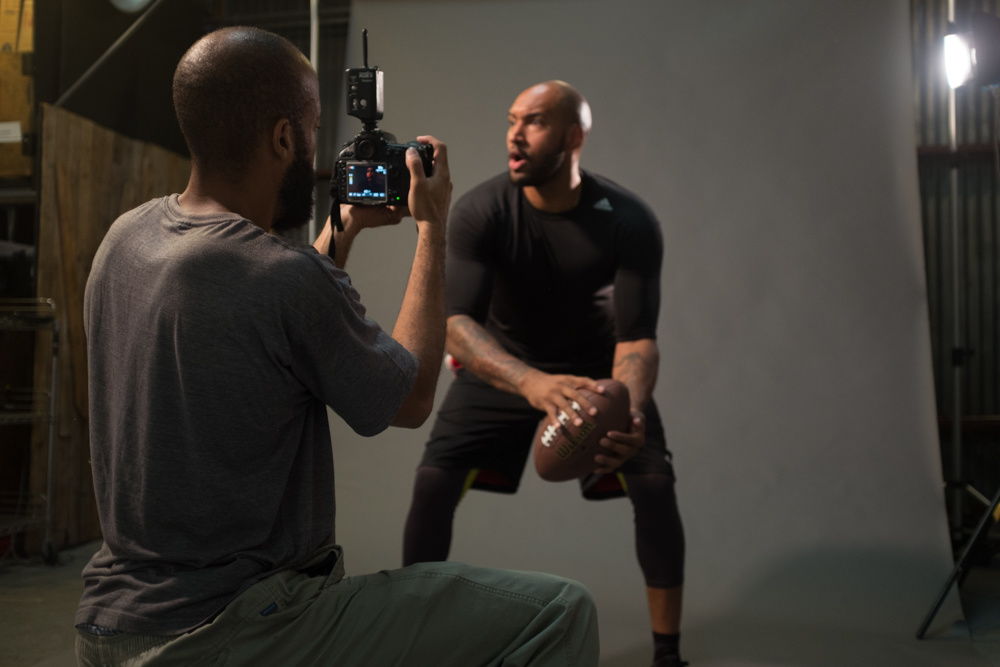 If this all seems like a long explanation for a fairly routine decision, you aren’t wrong. Logically, there’s no reason I need to keep bringing my favorite camera to the set. And logically, the money that I could get from selling that camera can fund more of the tools I need for my current business (or simply accrue nicely in a savings account). So, if looked at practically, there was only one decision that could be made. Hold onto the camera for sentimental value, knowing it would just be wasting away on a shelf. Or sell the camera and reinvest the money to help my business. It’s an easy decision. Yet, still, it is not.

When I watched the FedEx truck pulling away with my favorite camera carefully packaged for delivery to its new owner, I couldn’t help feeling a ping of remorse. It’s just a camera, after all. It’s just a tool. We say that often about our gear. And this is true. But, the odd thing about a camera is that it can sometimes transform into more than just a collection of plastic, glass, and metal. It’s a tool, for sure. But a camera can also be a repository for memories. It not only took that image you love so much of you and your wife at the beach but somehow just holding the camera in your hands all these years later, the grasp of the camera can be a portal for bringing that memory back to life. When I think about my favorite camera, I don’t only think of the images I shot with it or how great the specs were. I think of the experiences on set. The sense memory of pressing down on the shutter to capture that exact moment. Sure, the world can see the final picture. But I have two pictures. The one in the portfolio. And the image in my head of being in the real place, at the real-time, living the real experience. The camera sensor captured the moment. But the memories that live in my head keep me connected to it.

Photography itself is a melding of head and heart. It’s a combination of practical technical execution and a gut instinct. You may follow the light. But you also follow your heart. Our cameras are the tools that help us to find our way. Like many great partners that enter our journeys denoting a specific moment in our lives, they are not always meant to be around forever. But we cherish them while they are here. And we are sad to see them go.