I’m a confessed tech geek. I love to nerd out about the amazing possibilities new technologies bring to the world of photography and other creative industries. I like to watch keynotes live, then get online to read discussions and breakdowns. I like technology. As I quickly approach the end of my 30s, I am amazed to look back at how far we’ve come since I learned to develop the film as a teenager, to a completely digital workflow running from a laptop that allows me to shoot, edit , and upload from anywhere in the world. The possibilities now open to creative professionals are amazing, and the barriers for entry to the creative world are lower than they’ve ever been. The great thing about living today is that any of us can create compelling digital content from nothing more than a cellphone. We are living in the future!

I like to read about new technology because I find it interesting. Unfortunately, this can lead to a degree of excitement for upcoming products, which often leads to the purchasing of new toys that have a questionable impact on my ability to create content. The new MacBook Pro, new M1 iPad Pro, and iPhone 12 Pro Max all purchased in 2021 almost certainly cost me more than they boosted my income by in 2021. Though they are all great tools that work incredibly well, but their true value, when Compared to my old setup, is open for debate. 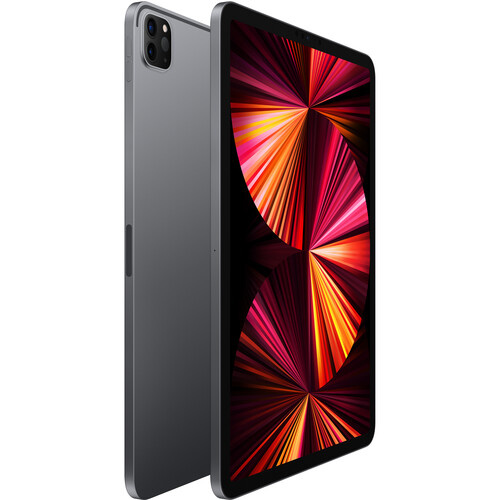 Can You Be Successful Without Cutting Edge Kit?

In late 2021, I was working on a shoot for a major national advertising campaign. It was one of the biggest photography jobs I’ve ever been fortunate enough to work on. The campaign hasn’t launched yet, so I can’t go into too much detail on the nature of the shoot other than it was a combination of studio and locations shots with a large team shooting several locations, models, and props, then creating composites and sending them to the client for approval. The client would call with feedback, and we’d make the required changes and repeat the process.

The primary photographer for the studio shoots was highly experienced and was very easy to work with. This photographer was the first choice of the creative agency and had shot several high-profile campaigns over a fairly long and successful career. Based on the budgets and fees I had visibility of, it’s safe to say that he was more than fairly compensated for his time on this job. The point is that this photographer is established, talented, and successful in this chosen field.

After meeting the photographer and discussing the plan for the shots, part of me was excited to see what shiny kit would be coming out of his kit bags. Yes, I appreciate how silly it is for someone in the photographic industry to effectively say: “great pictures, you must have a great camera.” But, I still expected to see some kit that I would be envious of. It was late October 2021, only a week or so after the new MacBook Pro line shipped, I had a new MacBook Pro on order and was looking at buying the Canon EOS R5 to replace my 5D Mark IV DSLR, so I was particularly excited for new technology at the time.

We started setting up our workspace in the studio. The first box to come out was a 13″ M1 MacBook Pro, released in late 2020, which was recently pushed lower in the lineup by the new M1 Pro and M1 Max-powered MacBooks. I immediately asked the photographer if he was looking to get the new MacBook Pro. He looked at me a little confused and said: “This is the new one. I only bought it a few weeks ago.” It turned out that he had no idea about 2021 14″ and 16″ models with their XDR displays and powerful Apple Silicon processors. 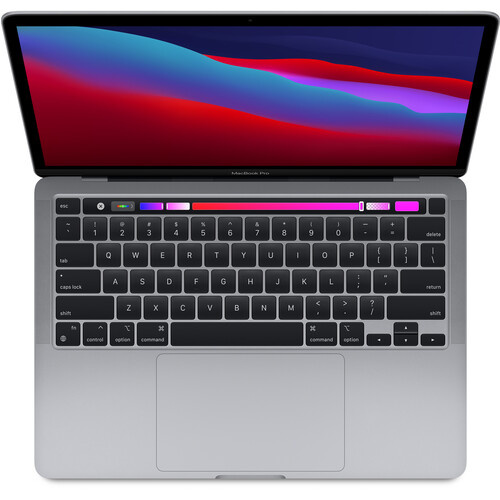 Next came out the camera bags, I was sure to see some kit to lust over here! As the photographer opened his bag to set up his camera, I realized that the whole campaign was being shot on a Phase One 645 Df+ medium format body from 2009 using an IQ180 digital back from 2011. As you’d expect of any well-used tool, the camera had been used a lot over the years. I don’t mean to suggest that this isn’t a very good quality professional camera. The body alone was $6,000 at release, the digital back had a release price of $48,000 and produces 81-megapixel medium format images with a resolution of 10,380 x 7,816. For studio shooting with professional lighting, this was a very competent setup to produce the large, high-quality images we needed for the composite we had to create. I had just expected brand new tech on a shoot of this scale. The decade-old digital back took a few seconds to write to the card. It was also a little clunky to use the touchscreen with somewhat sluggish performance when navigating the menu.

Once again, I asked the photographer if he considered upgrading to a newer kit, he simply asked: “why would I?” Of course, he was right. This kit was all fully functional and produced what he needed for his professional work, and most importantly, he knew how to use it. The photographer knew every button, every menu, every setting like the back of his hand in a way that only someone who has used the same tool every day for over a decade can know. For reference, the new Phase One IQ4 digital medium format systems start at around $59,000, and that’s a serious chunk of change for anyone to part with when your kit works just fine as it is, regardless of slow touchscreen response. 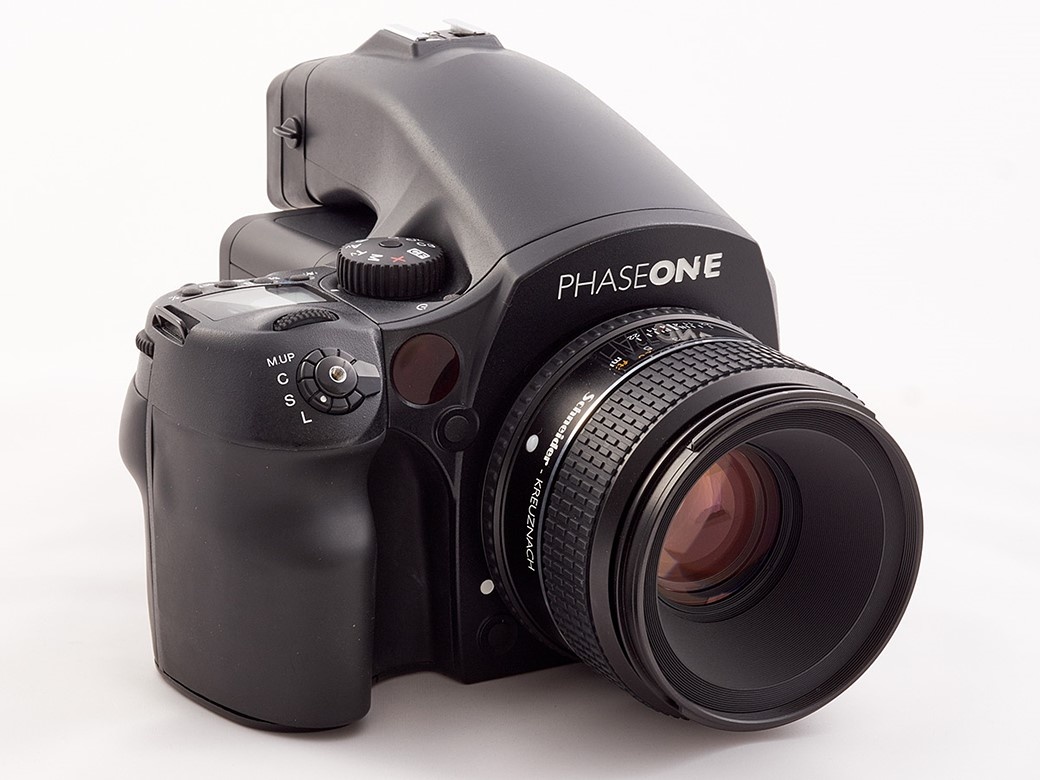 As I mentioned earlier, this shoot required a lot of composites being sent to a client for review, then reshoots based on client feedback. As you might expect on a campaign of this scale, the client requests could be minor changes to minuscule details.

I was thoroughly impressed at how well the old 13″ MacBook Pro with M1 handled the 81 MP images in Photoshop projects with a large number of layers. There was no slowdown, no struggle with the files, and no audible fan noise. Maybe I didn’t ‘t need that $2,800 MacBook Pro after all?!

When sending image proofs to the client, I had expected to see some of the brand new collaboration tools that Adobe had recently launched for Photoshop on the web. This was the perfect situation for Photoshop Web to be used with a remote client giving feedback on a project throughout the process. Sadly, none of the creative team had even heard of, let alone used any of the new Adobe features for collaboration. The photographer simply took a screenshot of the project in Photoshop, cropped it accordingly, and emailed it to the client for review. I couldn’t fault the simplicity and efficiency of this method, especially as it gave us time to eat and have a coffee while we waited for an email reply. Perhaps immediate feedback isn’t always best on these types of projects.

While taking one of these breaks and awaiting feedback, a few of us were chatting about the new Adobe features and some of the new things that Photoshop and Lightroom were capable of. We all agreed that the functionality and features coming to Photoshop are amazing. We also all agreed, myself included, that immediately updating to a new version of Photoshop when it’s released isn’t a good idea. I think most modern photographers appreciate there are occasional bugs in new software, and it’s best to let non-working professionals be the beta testers.

How Important Is It to Stay Up to Date With New Technology?

As someone interested in new technology, it’s hard to imagine other people in the same industry who don’t keep up to date on new cameras, new computers, and new software. Working on a large-scale campaign with a team of people who are at the top of their respective fields, who had a perfectly functional workflow that didn’t require bleeding-edge technology, was an eye-opening experience. Tech blogs and rumor sites are constantly bombarding us with all the forthcoming features that we “need” and how new hardware and new software will improve our lives.

The truth is that the last piece of kit you upgraded to still does all the amazing new things that made you upgrade; Your old kit doesn’t get any less capable when a new kit comes out. If it still works and you have a comfortable workflow, is there a real need to change it for something just because it’s shiny and new? There are occasionally features that do make a difference and are well worth the upgrade, but it’s up to us individually to decide whether a new gadget will make our lives better, or it’s just a nice new shiny toy.

Do you love to read about new technology? Do you often upgrade to new tech when it comes out, or do you keep your kit for as long as it will last you? Let me know in the comments section.